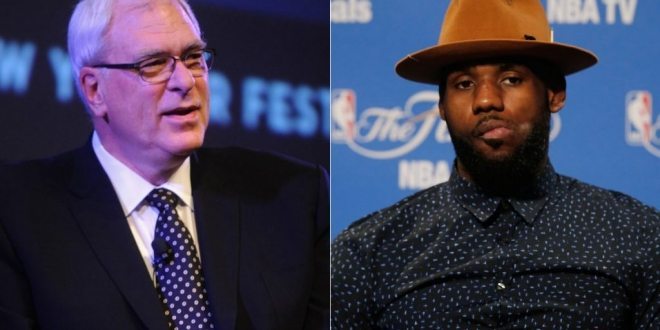 We can’t wait to see what the Los Angeles Lakers will do in the offseason after the resounding failure of the past season. They are first of all looking for a coach, then there will be a lot of work to build the squad, and there is a lot of speculation about a departure from Russell Westbrookthat it will however be very complicated to trade.

It is Rob Pelinka who will have the heavy task of building a squad that can play for the title, with the help of a lot of advisers since Jeanie Buss entrusted to Bill Plaschke of the LA Times that Phil Jackson, Magic Johnson et Kurt Rambis played a role, even if they did not have the last word. And precisely, Bill Plaschke reported that Phil Jackson would be in favor of a trade of LeBron James…

Not necessarily surprising when you know that Jackson does not really appreciate the King, which is mutual. We remember that in 2016 Jackson had called LeBron’s entourage a “gang” in a pejorative way, which had pissed off his partner and friend Maverick Carter. He had also stated that he disliked the Heat’s Xbox style of play. Then LeBron had repeatedly criticized the former Bulls coach (especially for his handling of the Camerlo Anthony case), even confident that he was not a fan.

Phil Jackson has always been a fan of the former Thunder point guard. It was rumored recently that among the reasons for the dismissal of Frank Vogel, there would have been his inability to get a better performance out of Westbrook and put him in a position to be successful according to the Lakers. Is Phil Jackson behind all this? Possible, even if no information has leaked on this subject.

It’s still hard to imagine the Lakers transferring LeBron James, but we know that in the NBA, crazy things can happen.