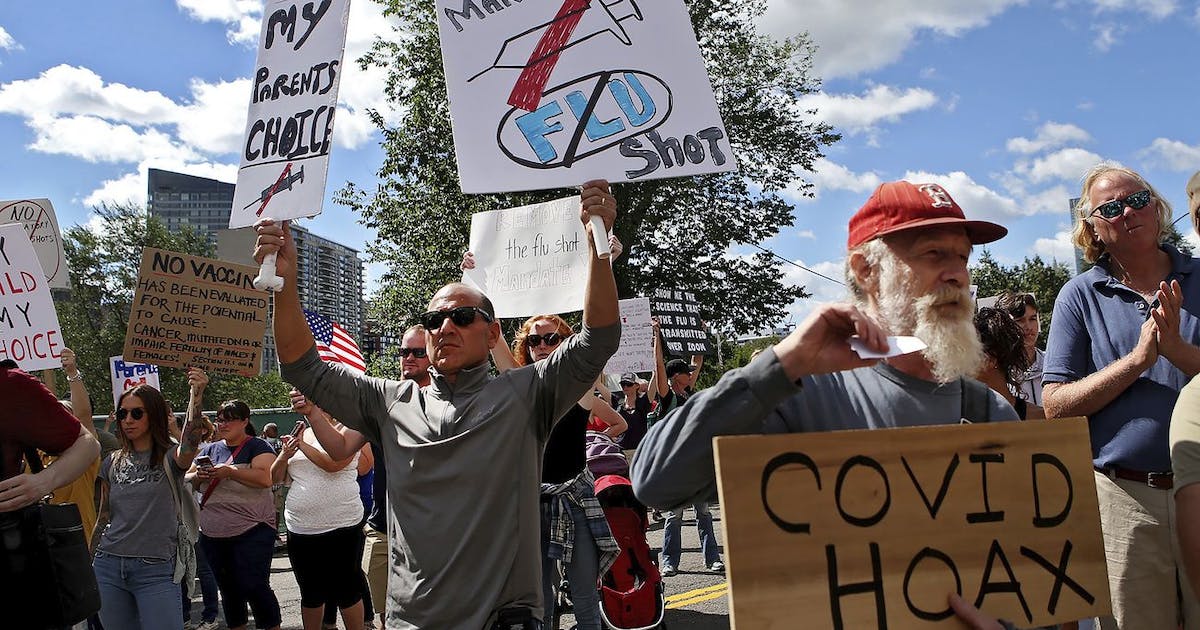 Phenomenon. Misinformation about Covid instills doubt about all vaccines.

As misinformation about Covid-19 continues to flourish, more parents in the United States are wondering if other vaccines are really necessary for their children. And more and more adults prefer to do without injections, even those whose safety has long been proven.

The politicization of Covid-19 vaccines has fueled the anti-vaccine movement, contributing to declining numbers of immunizations against measles, polio and other dangerous diseases.

Parents “are asking if they (the vaccines) are really necessary or if we can administer them later,” says Texas pediatrician Jason Terk, spokesperson for the American Academy of Pediatrics. “It’s not a majority of parents, but we are seeing higher numbers,” he adds.

Anti-vaccine social media messages are amplified by conservative political figures as well as overseas campaigns, whose misinformation about vaccines predates the pandemic. With declining vaccination rates, there are fears that diseases that have been largely eradicated in many parts of the world may reappear.

In the United States, the percentage of children in kindergarten having received the recommended vaccines fell by one point, to 94% in 2020-2021. “I call it parallel contagion,” Terk says. “It seems to be driven by a hesitation over Covid-19 vaccines and a growing distrust of vaccines and the institutions we have relied on to keep us healthy.”

In some states, the changes have been striking, especially at the height of the pandemic. Researchers found a 47% drop in Texas immunization rates for five-month-old babies and 58% for 16-month-olds between 2019 and 2020.

These researchers wrote in the scientific journal “Vaccine” that these declines stemmed from confinements, vaccination exemptions but also from an “aggressive anti-vaccine movement in Texas”.

Washington state saw a 13% drop in childhood vaccination rates in 2021 from pre-pandemic levels, and Michigan’s toddler vaccination rate fell last year to 69. 9%, the lowest in a decade.

Rates in adults and adolescents have also fallen for vaccines that protect against diseases such as influenza, hepatitis, measles and tetanus, according to health consultancy Avalere.

This led to about 37 million missed vaccination doses from January 2020 to July 2021 for adults and children aged seven and older, Avalere found.

Social media helped create a coalition of anti-vaccines, libertarians and conservative politicians. This has been amplified by disinformation actors from Russia and elsewhere, according to David Broniatowski, a professor at George Washington University.

“People have been against vaccines since vaccines have existed, but have become more sophisticated over the past decade. And this is largely due to the ability to organize on social networks across borders,” said Broniatowski, who studies vaccine misinformation.

For him, if anti-vaccine activists, libertarians and foreign actors do not necessarily coordinate, “they have found a common cause” in opposing the vaccination obligation.

“One of the biggest changes we’ve seen is that vaccines have gone from a health issue to a civil and political rights issue,” he added.

Conspiracy theories have surged during the pandemic, according to a 2021 YouGov poll: 28% of Americans and a significant number of people in other countries say the truth about the harmful effects of vaccines is “deliberately hidden”. Mr Broniatowski says foreign disinformation agents are using vaccines as a way to “mobilise part of the population”.

Research from the Center for European Policy Analysis has shown that China and Russia have promoted Covid vaccine misinformation, in part to show that Western governments are incompetent and untrustworthy.

“There has been a concerted effort by these actors to undermine the position of science because it serves their political purposes,” according to Broniatowski.

The problem is also growing globally. A United Nations report revealed last year that 23 million children worldwide did not receive routine vaccinations in 2020.