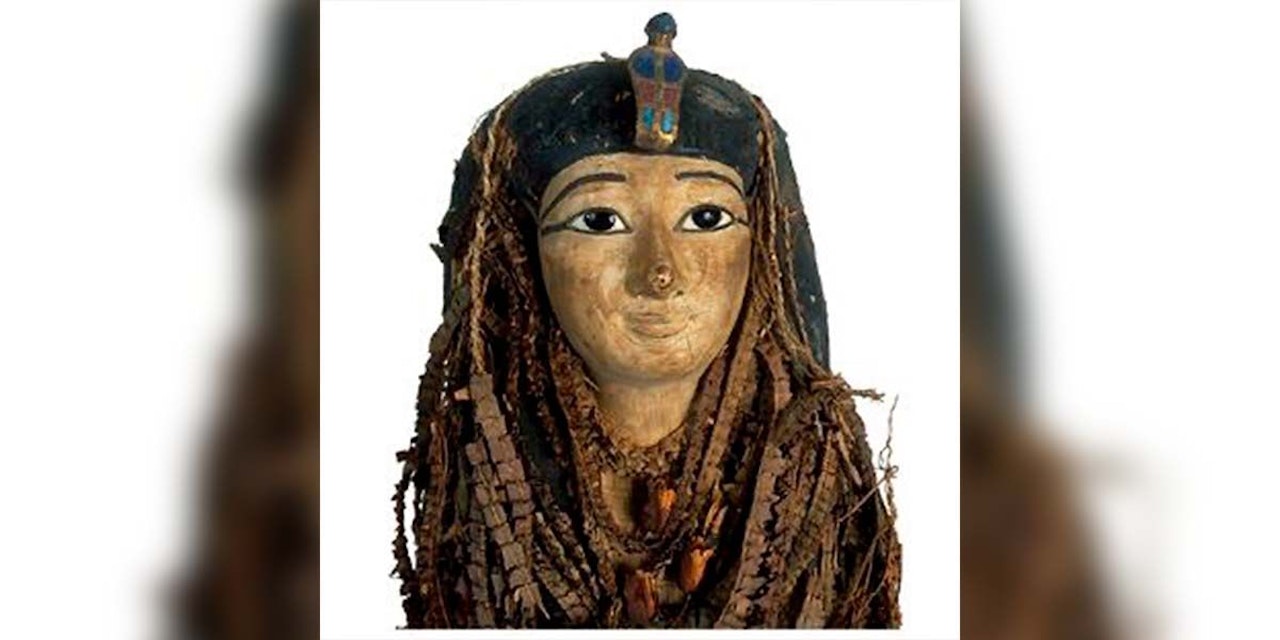 Using computed tomography, researchers were able to take a detailed look inside the sarcophagus for the first time without having to open it.

With the help of computer tomography, Egyptian researchers have succeeded in digitally unveiling the mummy of Pharaoh Amenhotep I (also known as Amenhotep I) – and in doing so, for the first time, uncovering some of its secrets without having to remove the death mask and bandages. The three-dimensional computed tomography (CT) scans revealed, among other things, new embalming techniques that were used by Amenhotep I over 1500 years BC. were introduced, as announced by the Egyptian Ministry of Tourism and Antiquities.

The mummy of Amenhotep I was discovered in 1881; however, the researchers have left their bandaging untouched to this day. In this way they wanted to protect the death mask and the garlands of flowers that surround them like hair. According to the ministry, the radiology professor at Cairo University, Sahar Saleem, and the well-known Egyptologist Sahi Hawass were able to “see the face of King Amenophis I” for the first time with the help of a 3D X-ray examination, as used in medicine as well as revealing many secrets about its unique mummification “. The mummy was in the Royal Mummy Gallery of the Cairo Egyptian Museum at the time of the study.

“We examined the mummy with CT and produced two- and three-dimensional images for the head mask, bandages and the practically unpacked mummy. The CT enabled the visualization of the face of Amenhotep I, who died around the age of 35. The teeth had minimal wear There was no CT evidence of pathological changes or cause of death. The body was eviscerated overa vertical left flank cut. The heart can be seen in the left hemithorax with an amulet above it. The brain was not removed. The mummy has 30 amulets / pieces of jewelry, including a beaded metallic (probably gold) belt. The mummy suffered multiple post-mortem injuries, likely caused by grave robbers who were likely treated by 21st Dynasty embalmers. This included attaching the severed head and neck to the body with resin-treated linen tape; cover a defect in the anterior abdominal wall with a tape and place two amulets under it; Place the severed left upper extremity next to the body and wrap it around the body. The transverse right forearm is individually wrapped, which probably represents the original mummification of the 18th Dynasty and is considered the first known mummy of the New Kingdom with folded arms on the chest. The head mask is made of cardboard and has inlaid stone eyes. No cause of death could be determined in the CT images of the corpse. “

The scan found that Amenhotep I, who led multiple campaigns during his 21-year reign, died at the age of 35. The analysis also showed that he was the first ancient Egyptian king to be embalmed with his arms crossed, but that he was the last pharaoh to have his brain removed. More details on the findings can be found in “Frontiers in Medicine”.

Using the same technique, Hawass and the German mummy specialist Albert Zink had already solved a crime that was around 3,000 years old in 2012: They discovered that Ramses III. Her throat was cut in the course of a conspiracy in the harem. The conspiracy was instigated by a concubine of the Pharaoh to put her son on the throne in place of the designated successor.