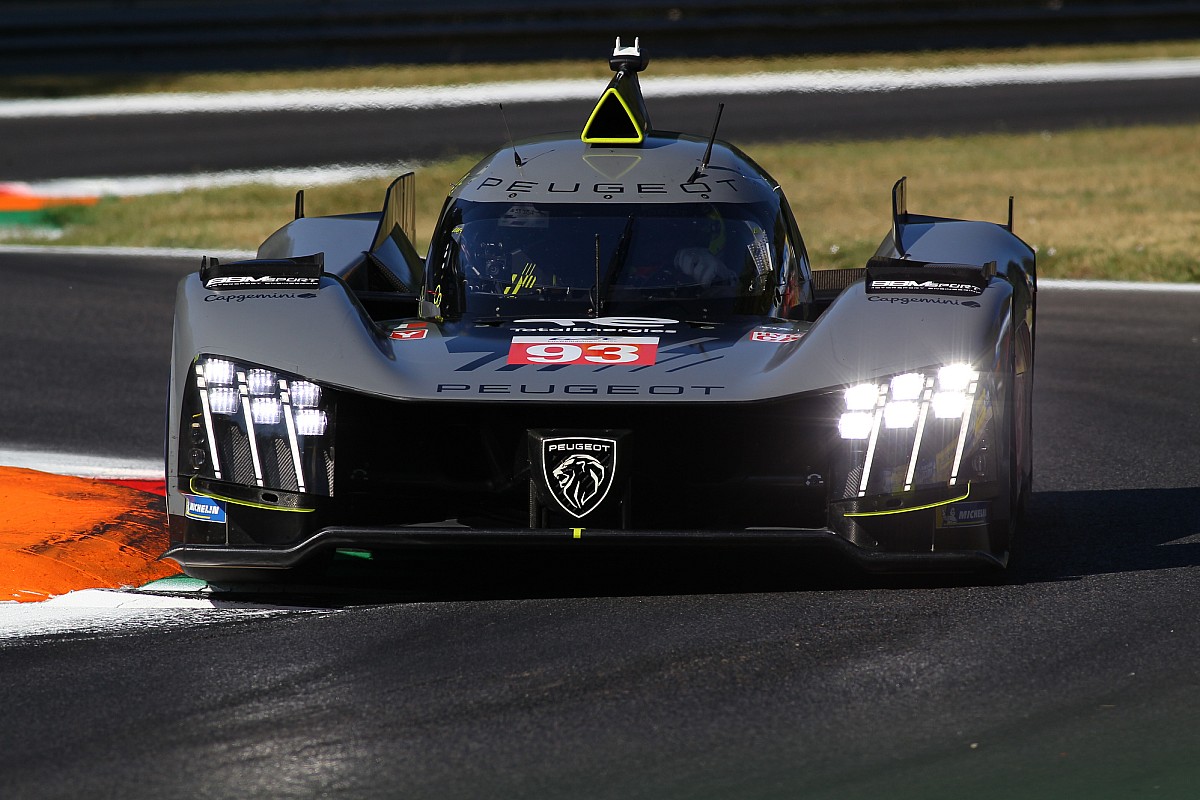 The Peugeot 9X8 made its grand debut in competition this July, at the 6 Hours of Monza. As part of its return to the World Endurance Championship, which will continue in Fuji in September, the French brand now plans “at least one, if not two tests” by the Japanese round of the WEC, according to its technical director Olivier Jansonnie.

“We are continuing with our testing program, we are continuing at the same rate as so far with a test every four weeks or so, so just count the weeks”he explained. “Development continues.”

If Peugeot is not subject to a test restriction, it is because its LMH is making its debut in the championship this season. It is only from the second campaign that the limitations come into force, with a maximum of 20 “car days” authorized. The only obstacle for a newcomer is the prohibition to carry out tests on a track visited by the WEC in the 30 days preceding the event in question.

Peugeot will use its development car, and not one of the two chassis that raced at Monza, to carry out this or these tests. This test 9X8 has already accumulated 15,000 km between its first outing on a circuit in Aragón in January and the Monza round in early July.

Cars that took to the track in Lombardy remained in Europe and therefore were not picked up in the freight organized by the WEC in the week after Monza. These vehicles will later be transported to Fuji, with Jansonnie explaining that it was “important for [Peugeot] to be able to prepare these cars” at the brand’s headquarters in Satory, rather than losing two months in transit.

The location of the test(s) that will take place before departure for Japan has not been revealed. So far, trials have been held in Aragón, Portimão, Paul Ricard, Barcelona and Magny-Cours.

aware that there is “room for improvement” after a difficult first race (marked by a retirement and a finish 25 laps behind the winning Alpine), Jansonnie added: “Hopefully we can solve the problems we had at Monza and probably find new ones. It’s part of the game we’re involved in, at least until the end of the year.”