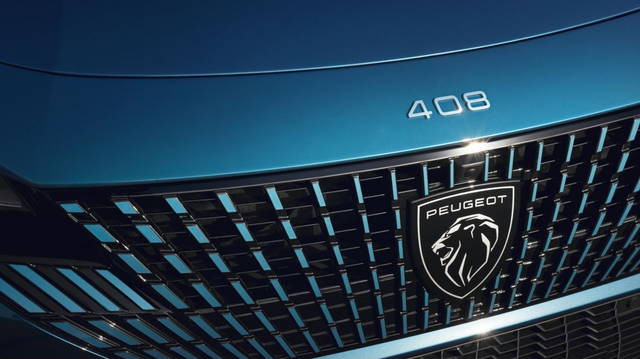 Peugeot 408: the presentation is approaching

A PEEK – On June 22, 2022 we will know everything about the Peugeot 408the unprecedented crossover which will enrich the range of the French house upwards. By making its presentation official, Peugeot also released a teaser image (above), which reveals a portion of the front, where a grille stands out characterized by the new brand in the center with vertical chrome elements.

A 5 DOOR RAISED – As can be seen from the spy photo of CarScoopsthe new Peugeot 408 (below) is essentially a five-door sedan with raised SUV-style bodywork. A crossover that should have a length of 470-480 cm, to be placed between the 3008 and the 508 in terms of size. Thanks also to the generous wheelbase it should have a very spacious interior. The shapes will be streamlined, with a sloping roof that flows into the tailgate.

MANY ENGINES TO CHOOSE FROM – The French company has not yet released technical information regarding the new one Peugeot 408, but the use of the same EMP2 platform certainly appears to be used also by the cousin Citroën C5X. In addition to the petrol engines, including the 131 bhp 1.3 3-cylinder and the 181 bhp 1.6 4-cylinder, we can hypothesize the presence of two plug-in hybrid variants: one with 224 bhp with front-wheel drive, the other with 302 bhp with four-wheel drive. A version powered only by the electric motor is also possible, as will be the case for the younger sister Peugeot 308.