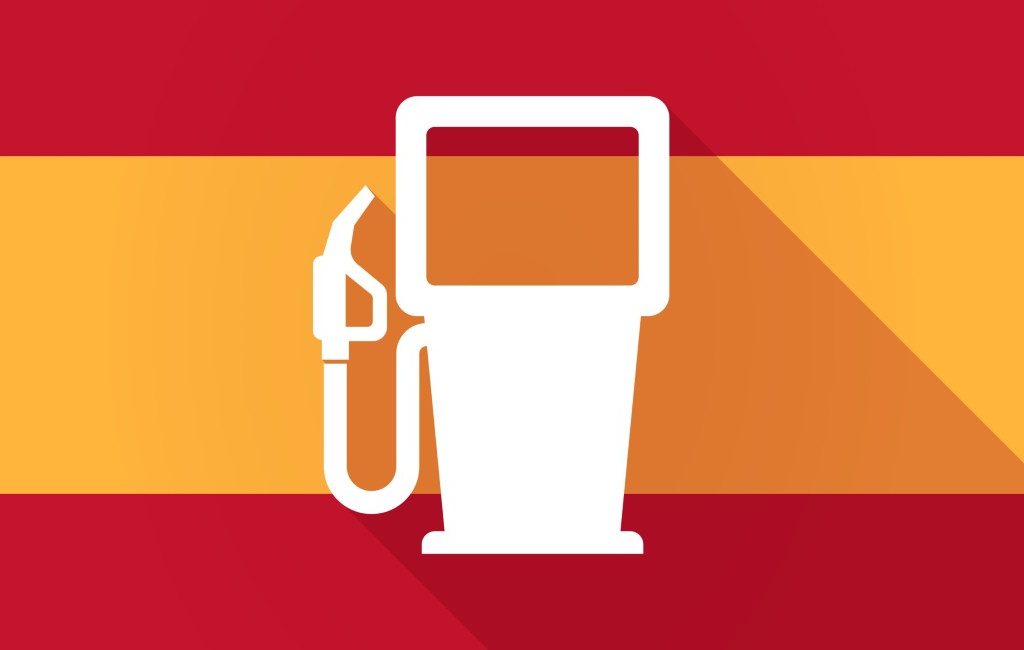 MADRID – Fuel prices in Spain have been rising for months, but this week petrol and diesel prices have fallen further below 2 euros. For weeks, all records for the price per liter of fuel are broken, according to the Weekly Oil Bulletin of the European Union. Since 1 April, everyone will immediately receive a 0.20 euro/litre discount at checkout. The prices listed below are without that extra discount that you only get at the time of checkout at the pump. This also concerns AVERAGE prices that may differ per region, province and gas station in Spain.

In de Weekly Oil Bulletin of the European Union, the development of the (average) fuel prices within the European Union is kept up to date every week. In Spain, 11,400 gas stations across the country are being looked at for this. The price for petrol is currently 23% higher than last year, while for diesel it is 31%.

On average in Spain at the moment a liter benzine (gasolina) 1,954 euro while a liters of diesel (gasóleo) cost 1.933 euros. Since 1 April, the extra discount of 0.20 euros has been added, which means that petrol at checkout is 1,754 euros and a liter of diesel 1,571 euros.

ATTENTION: Since Friday April 1, and until December 31, 2022, fuel prices are cheaper because the Spanish government gives 0.20 euros per liter discount at the pump. This discount is immediately deducted from the price to be paid after refueling.

These are average prices that may be different in the Spanish regions, provinces and municipalities. If you want to know the cheapest fuel prices in your area, look HERE (on the computer) or HERE (on the smartphone) on the website of the Ministry of Ecological Transition and the Demographic Challenge for current fuel prices near you in Spain.

The lower level of final fuel prices in Spain compared to neighboring countries is due to the fact that, despite VAT increases, higher taxes and biodiesel levies, Spain generally still has a lower tax burden than the average in the European Union .

The lower level of final fuel prices in Spain compared to neighboring countries is due to the fact that, despite VAT increases, higher taxes and biodiesel levies, Spain generally still has a lower tax burden than the average in the European Union . In Spain, at petrol 43.4% and with diesel 38% tax levied while this in Netherlands for petrol 53% and for diesel 41.9% is and in Belgium 43.2% for petrol and 40.6% for diesel is.

NOTE: These are average prices in Spain as stated in the Weekly Oil Bulletin . At the gas station in Spain the prices are usually different because it depends entirely on where you fill up, in which region, city or on which island (Canary Islands are usually cheaper).