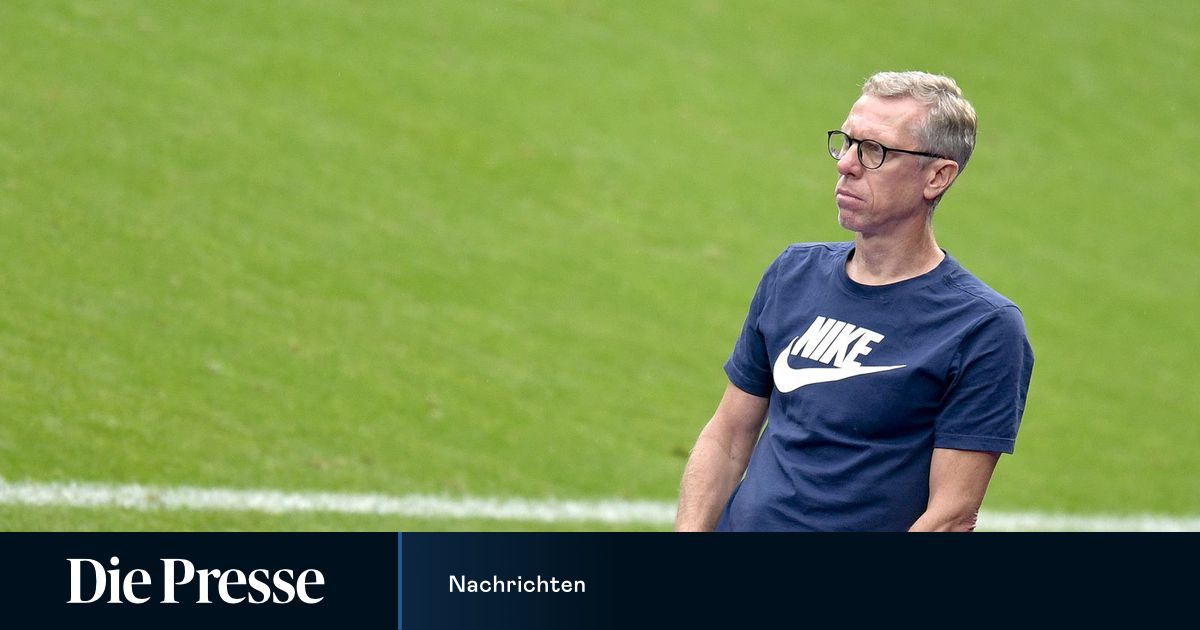 The former Austria coach is now working abroad for the third time and wants to lead Ferencvaros back into the Champions League.

After leaving Austria Wien, the Viennese Peter Stöger found a new job in the soccer gear. The 55-year-old was presented as the new coach of Ferencvaros Budapest on Saturday. The traditional club secured the championship title last season with a 20-point lead and with only one defeat. In the 2020/21 Champions League, Ferencvaros scored a point in the group stage with a 2-2 home win against Dynamo Kiev.

Stöger’s contract duration was initially unclear. In any case, it is Stöger’s third international position as a coach after his engagements from 2013 to 2017 at 1. FC Köln and then for a year at Borussia Dortmund. He got tickets for the European and Champions League from the German Bundesliga clubs. Now the previous sports director and trainer of Austria succeeds the Ukrainian ex-international Sergej Rebrow. This had led Ferencvaos to three championship titles in a row.

“Everyone knows Ferencvacor in Austria”

Already one day before his birthday, Stöger announced on April 10th that he would leave the Austrian record cup winner, who had got into sporting and financial turbulence, after a total of two years after the season. Ultimately, he led the “Violets” with convincing performances in the European Cup play-off against Hartberg and the WAC but still in the qualification of the Conference League. He himself enters the first qualifying round of the Champions League with Ferencvaros.

In an interview on the Ferencvaros club website, Stöger emphasized the tradition and awareness of his new employer. “Everyone knows Ferencvaros in Austria. They know that it is the best-known and most popular club in Hungary,” said the 65-time Austrian international. It is now a perfect opportunity to take over this team. Stöger also highlighted the former Austria player and Ferencvaros player and coach Tibor Nyilasi.

The next traditional club

In the interview, Stöger confirmed that he had had offers from different countries. Among other things, a return to Cologne was not possible. The talks with Ferencvaros President Gabor Kobatov and sports manager Tamas Hajnal went well. “I really enjoy working in large, traditional clubs, where there is a special milieu and a large fan base,” said Stöger and sees Ferencvaros in this regard in a line with Cologne, Dortmund and Austria.

The renewed championship title and good international performances are Stöger’s goals with his new team. He wants to accomplish this with an offensive game, in the European Cup, of course, the tactics should be geared more towards the opponent. Goalkeeper coach Alexander Bade will accompany Stöger in Hungary’s capital after the duo had already worked together in Cologne, Dortmund and Vienna. He wants to contact Hajnal and the other Ferencvaros support staff intensively to collect information.