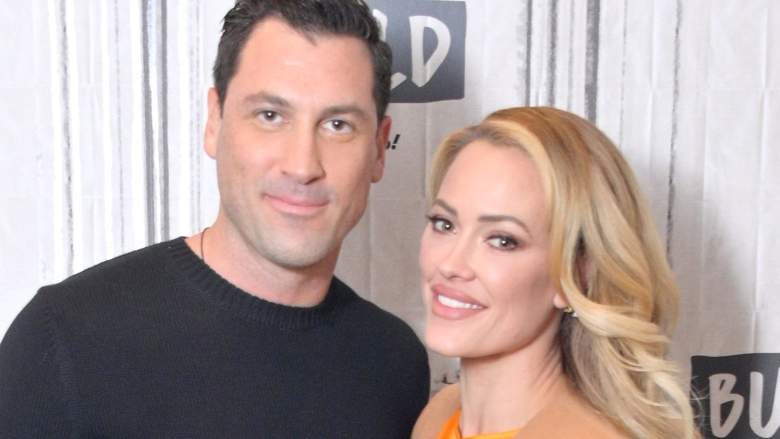 “Dancing With the Stars” pro dancers Peta Murgatroyd and Maksim Chmerkovskiy have had a hard past few years, suffering three miscarriages before embarking on their IVF journey. On the July 21 episode of the “Infertile AF” podcast, Peta opened up about her infertility struggles and shared a heartbreaking story about her and Maks dealing with the miscarriages.

Here is what Peta revealed about their heartbreaking losses:

Peta’s first miscarriage came in 2020 while she was competing on “Dancing With the Stars” season 29. She was so distraught and ashamed that she hid it from most people for weeks, she revealed on the podcast. Eventually, Maks had to sit her down and have a talk with her about finding herself again amidst all the grief.

“The first miscarriage hit me so hard that he did have to sit me down after about four months after that because it was pretty much four months of heavy grieving where I was crying most nights in bed next to him,” shared Peta. “He’s not gonna cry every time with me, but he’s there with me. And he had to sit me down and say listen, you have to get back to yourself. You won’t be able to get pregnant again if you don’t try to be happy again and try to accept it and move on.”

She went on to say that she was “heavily in denial” that the miscarriage had ever even happened and was just trying to get pregnant again as fast as possible.

The second miscarriage happened while he was out on tour with his brother Valentin Chmerkovskiy in 2021 and this one hit Maks really hard.

“He was very upset [along] with me, the second one he was very upset, he was away again. I told him over the phone, he had to stop the tour bus he was on with his brother and get off and have the conversation and he was crying. It was devastating because he felt terrible that he wasn’t there for me again,” said Peta.

She added that Maks has been “a very supportive guy” and that they grieve in different ways, but he has to remind her that the miscarriages have been hard for him too.

The couple, who married in 2017, share a 5-year-old son named Shai, but they have been struggling to have a second baby. Now they are undergoing IVF treatments; in fact, they have viable embryos and implantation day is right around the corner, Peta shared in a recent Instagram story.

“Dancing With the Stars” returns for its 31st season this fall on Disney Plus.