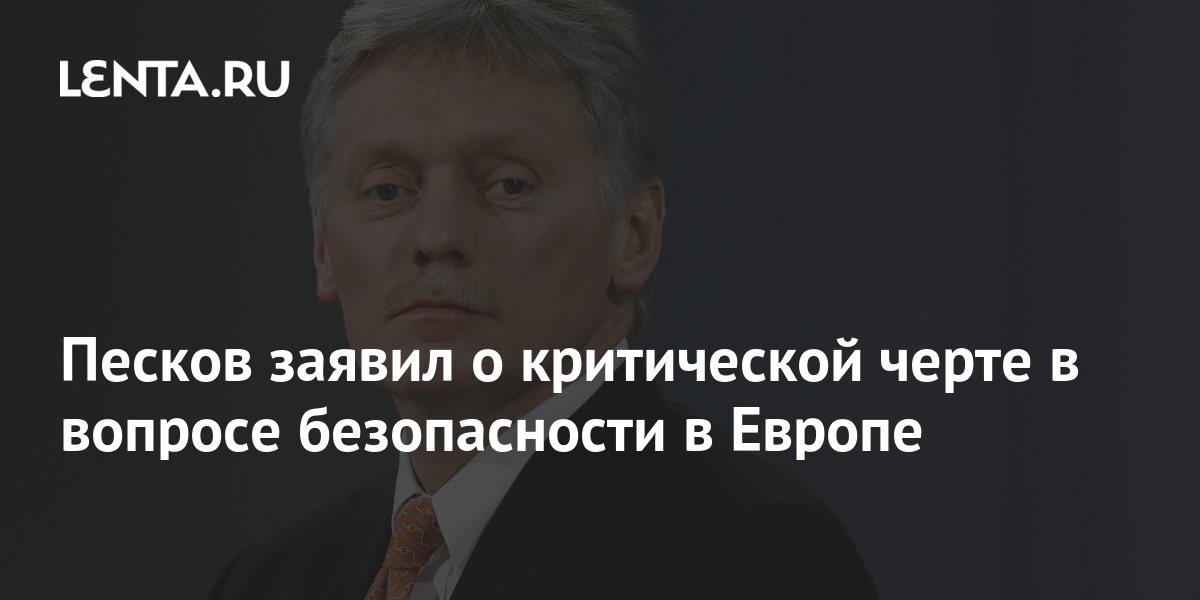 Peskov announced a critical line in the issue of security in Europe: Politics: Russia: Lenta.ru

Russia is not negotiating with the United States on security guarantees from a position of strength, Kremlin spokesman Dmitry Peskov said. His words are quoted by TASS.

“It’s just that the situation has reached such a critical point in terms of general European security and in terms of the national interests of our country, which are an integral part of Europe and the architecture of European security, that, unfortunately, we cannot hesitate any further, and we need to specifically respond to those concerns that we had voiced, ”the press secretary of the Russian president explained, noting that there is no room for ultimatums in the negotiations.

On Monday, January 10, in Geneva, negotiations were held on guarantees of security and strategic stability between the delegations of Russia and the United States. They lasted about 7.5 hours. The meeting took place behind closed doors at the US Permanent Mission to the UN Office in Geneva and without the participation of journalists.

As the US Ambassador to Russia John Sullivan said, there is no feeling that the parties are moving towards failure. “It is important for us to focus on the fact that it was an eight-hour dialogue, it was not just an ostentatious demonstration of position from each side,” he stressed.