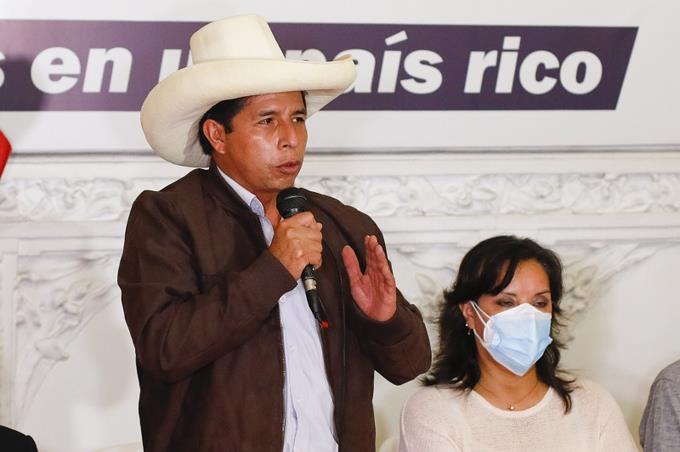 The Peruvian Prosecutor’s Office has opened an investigation this Sunday against several people, among them the former presidential candidate of Popular Renovation, Rafael López, and journalists Phillip Butters, Enrique Adolfo Luna, Victoria Muñoz and Beto Ortiz, for asking to reject the official results of the second return of the presidential elections held on June 6 that are expected to be proclaimed in the next few hours.

The journalists and the politician are being investigated for the alleged crimes “of conspiracy for sedition and serious disturbance of public tranquility”, according to the disposition of the Prosecutor’s Office collected by ‘La República’.

In this document, it is indicated that those investigated “would be using” communication media “inciting to reject the electoral results of June 6, 2021, trying to weaken electoral institutions and even calling for a coup d’etat” .

JUSTICE OF PERU REJECTS APPEAL TO CANCEL THE ELECTIONS

Also, this Sunday the Justice of Peru has declared inadmissible a claim for protection by the former congressman of Fuerza Popular Yeni Vilcatoma who asked to declare the general elections invalid in addition to the new head of Congress taking over as president.

Vilcatoma argued in her claim that the officials of the National Registry of Identification and Civil Status should “adequately purify” the electoral roll in order to eliminate the votes of “minors and deceased” who, according to her, would have participated in the elections. RPP.

Upon hearing the news, the former congresswoman has announced that she will appeal the decision of the Peruvian justice and has encouraged to present more appeals against the results.

The National Elections Jury (JNE) continues without announcing the official results of the second round of the presidential elections, in which according to preliminary data the leftist candidate, Pedro Castillo, beat his rival, the conservative Keiko Fujimori.

The JNE plans to proclaim the next president of Peru on July 20, a month and a half after the second electoral round in which Pedro Castillo and Keiko Fujimori faced off, as explained this Saturday by an adviser to the JNE presidency, Alexandra Marallano , in statements to the state news agency, Andina.

In the disputed second round, Pedro Castillo (Free Peru), prevailed with a narrow margin (50.12 percent) to the ultra-conservative option represented by Keiko Fujimori (Popular Force), with 49.87 percent of the ballots.