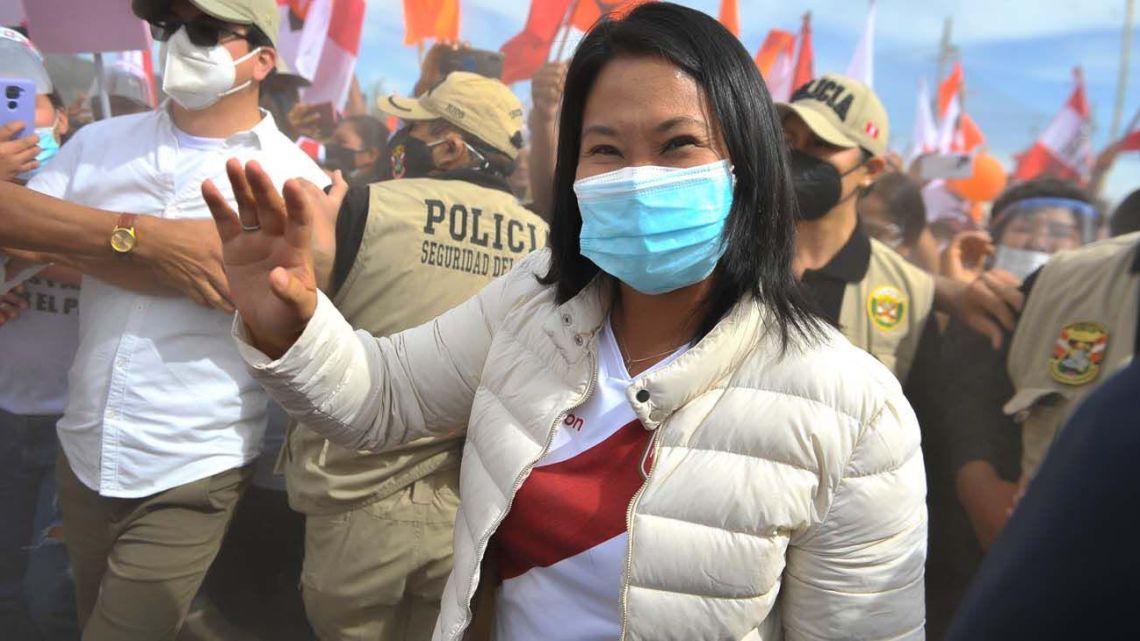 While the National Office of Electoral Processes (ONPE) confirmed the triumph of Pedro Castillo in the presidential elections of Peru, the Anticorruption Prosecutor’s Office of that country asked that Keiko Fujimori’s parole be revoked of which he enjoys and that he is imposed preventive detention.

She is accused of the crime of money laundering and the agency maintains that Fujimori has been violating the rules imposed by a higher court, in the resolution that ordered his release in 2020.

“Defendant Fujimori Higuchi has again been found to be in breach of the restriction not to communicate with witnesses; Well, it has been noted as a public and notorious fact that he communicates with the witness Miguel Torres Morales ”, published the Peruvian newspaper Trade when citing the document.

The holder of the Peru Anti-Corruption Prosecutor’s Office and member of the Lava Jato special team, the prosecutor Jose Domingo Perez, presented the request before knowing the result of the final scrutiny that marks the victory of Castillo and the defeat of the candidate of the ultra-right.

Among the breaches indicated by the judicial authority is the have communicated with witnesses of a case in which she is implicated for alleged illegal contributions to her 2011 and 2016 campaigns.

The prosecutor referred to a press conference held on Wednesday, June 9, where the candidate introduced Torres Morales as a lawyer and political spokesperson for Popular Force, who had been offered as a witness in the prosecution.

The requirement includes screenshots of the press conference in which the presidential candidate is seen together with Miguel Torres which had the objective of not declaring null about 200 thousand votes already admitted in the official count.

After the presentation of the request for preventive detention against the candidate, Torres Morales denied being a witness to that case. Sin embargo, the prosecutor Pérez specified that the man had declared as such in front of his office, on September 3, 2020.

Results of the elections in Peru

The ONPE reported that the final recount of ballot votes was carried out in the presidential elections in Peru. As the trend indicated in recent days and in the midst of a close result, Pedro Castillo won with 50.172% of the votes, while Fujimori accumulated 49.828%.

The Argentine President Alberto Fernandez He had greeted the Peru Libre candidate in advance on his Twitter account, despite the fact that the official vote was not published.

“Today I communicated with Pedro Castillo, president-elect of Peru. I expressed my desire that we join efforts in favor of Latin America. We are deeply twinned nations. I celebrate that the dear Peruvian people face the future in democracy and with institutional strength,” he published Fernandez.