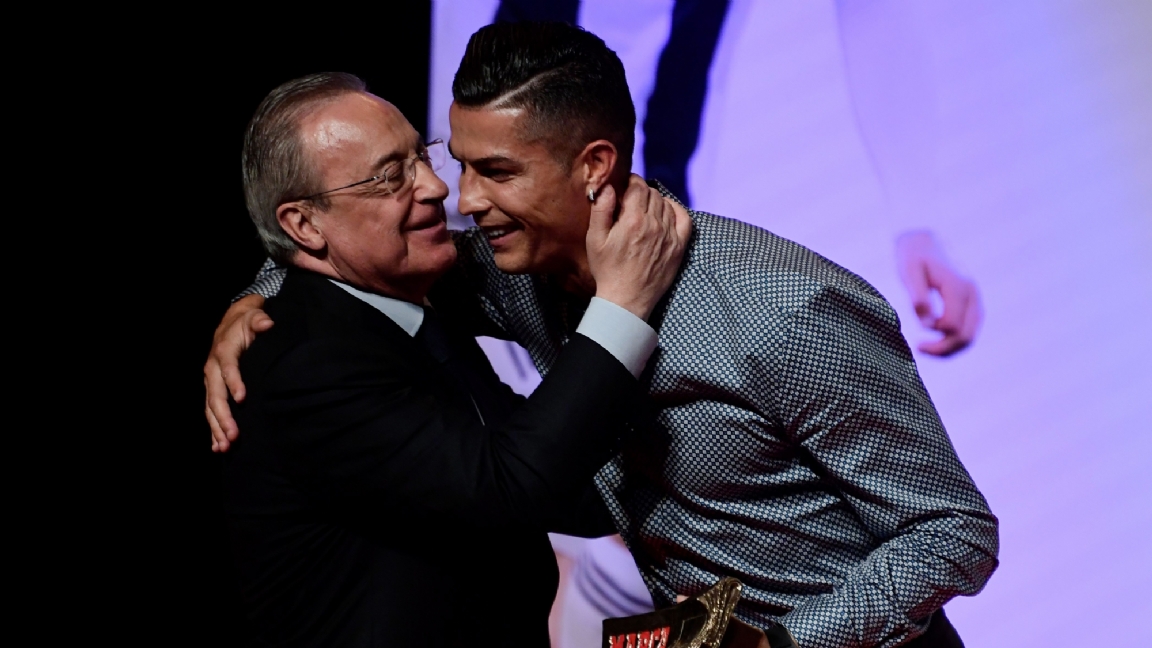 New audio clips from Florentino Perez leaked on Wednesday, in which the president of Real Madrid can be heard calling Cristiano Ronaldo an “idiot”. The confidential came out on Tuesday with audio clips in which Pérez Iker called Casillas and Raúl crooks, something that the president of the Royal was dismissed as an attack. The newspaper has now published new fragments, in which you can hear Pérez speaking about Ronaldo and José Mourinho, among others.

“He is crazy. That guy is an idiot sick man. You think the man is normal, but that is not the case. If he was normal, he wouldn’t do the things he does. Why do you think he does so many stupid things?”, can be heard in an audio clip in which Perez speaks about Ronaldo, who played for Real Madrid between 2009 and 2018. The new material that The confidential Wednesday comes from two different conversations, the last of which dates back to October 2012. Perez was not only loud about Ronaldo, but also about his agent Jorge Mendes and Mourinho.

“Those men have a terrible ego. They are spoiled and lost sight of reality. Elsewhere they could make a huge amount of money. That’s abnormal. Then we are talking about portrait rights. Even with those defiant faces that make everyone hate them,” Pérez continues. Fábio Coentrão also gets a kick out of it from the president. “He’s a brainless player, that makes guys get eaten in Madrid. At the moment he is shit and Mourinho is an idiot for letting him play.”

“He’s a bit disturbed, he drives without a license. The pressure is too high and that is annoying. But others are not interested in whether it bothers him. They just see that he is shit,” said Pérez. He also spoke about the arrival of Pepe in 2007, which cost thirty million euros. “Ramón Calderón arranged that with Jorge Mendes, who was the representative of the president of FC Porto. Everything is weird with him. He would pay Mendes, that is the alibi of the president of FC Porto. He and Mendes took money with Mourinho, Ricardo Carvalho and Paulo Ferreira. That has been channeled to Switzerland.”

Audio clips leaked on Tuesday showing Pérez accusing Raul of destroying the club, while calling Casillas “the biggest failure we’ve ever had”. “You have people who worship him; I don’t understand any of that. People defend him, but he is a big con man. Just like Raul. The two biggest scammers in Real Madrid’s history are Raul and Casillas,” said Perez, who left in 2006 after six years and returned as president of Real Madrid in 2009. “They are very selfish and you can’t count on them. Anyone who does count on them is wrong.”

On the website of Real, Pérez came on Tuesday afternoon with a response to the The confidential published sound clip. “The sentences are spoken in conversations recorded by Mr. José Antonio Abellán, who has been trying to sell the conversations for many years without success. It is now surprising that, despite the time that has passed, the newspaper El Confidencial is now collecting the statements. They are just a few sentences from conversations with a broader context. These statements are only now being surfaced, so many years after these talks took place.”

Perez thought he knew why the statements from fifteen years ago are now suddenly being brought forward. “It has to do with my role as one of the champions of the Super League. I have put the matter in the hands of my lawyers and they will investigate whether there are any follow-up steps.”