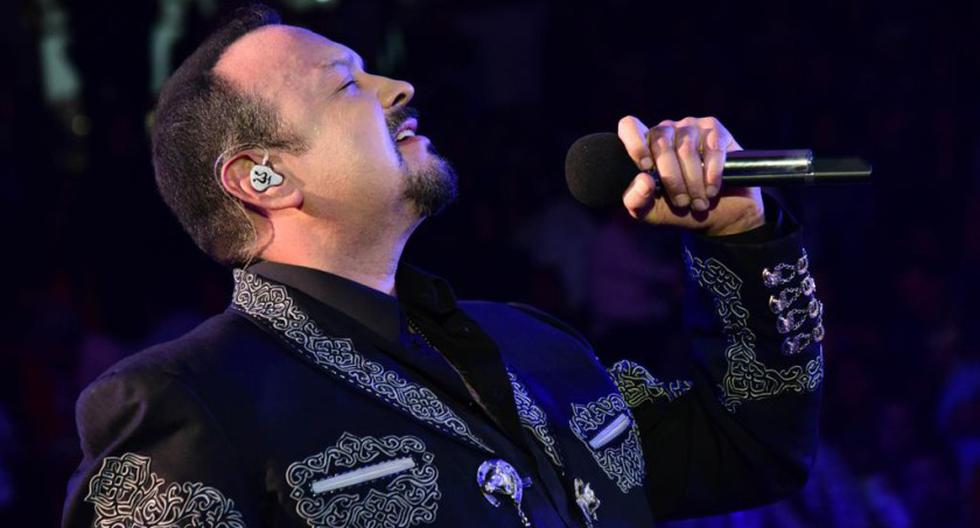 Pepe Aguilar He is considered one of the most representative artists of the regional music of Mexico. His career includes twenty-three albums, 13 million copies sold and more than 35 years of career. His charisma and talent have made him one of the most awarded and beloved Latino musicians of his generation.

MORE INFORMATION: The dreams that Pepe Aguilar could never fulfill despite his fame and money

In addition to being one of the most recognized singers of the genre, Pepe Aguilar He is also a composer, producer, and entrepreneur. He, his four children and his wife are one of the most popular and beloved families in Mexico, so every detail of his private life always arouses interest.

Pepe Aguilar has a solid romance with Aneliz Alvarez placeholder image, with whom he has been married since 1997. Before marrying his current wife, the interpreter of “Por Mujeres como tú” had other relationships and here we tell you who were the women with whom the Mexican regional music singer had an affair.

MORE INFORMATION: How much does it cost to dress like Ángela Aguilar

HOW MANY TIMES HAVE PEPE AGUILAR’S WIVES BEEN MARRIED?

The Mexican public is very fond of Pepe Aguilar, that is why every aspect of his life always arouses interest. Before forming a family with Aneliz Alvarez, the singer fell in love and had other relationships that left him great life lessons.

The Mexican singer first married Carmen Treviño, who was a great singer in the eighties. From the relationship between Pepe Aguilar and Carmen Treviño was born Emiliano Aguilar, the musician’s eldest son.

Emiliano Aguilar has given much to talk about in recent weeks when he reappeared on the public scene with his father. The young man was in prison for the crime of human trafficking in 2017 after agreeing to have brought four people of Chinese nationality to the United States illegally, hidden in the trunk of his car.

Already with their son, Pepe Aguilar and Carmen Treviño decided to end the relationship and end their marriage as there was no longer any compatibility between the couple. “We hurried, when everything began to settle, we were not compatible and you see real life,” confessed the singer.

Some years later, according to reports of media breakdowns, Pepe Aguilar met Aneliz Álvarez Alcalá during the recording of a music video for his brother Antonio Aguilar Jr.

After becoming friends and starting a romance, Pepe Aguilar and Aneliz Alvarez got married in 1997. Currently the couple has three children: Aneliz, Leonardo and Ángela Aguilar, who have become celebrities on social networks.

In addition to being an exemplary mother, Aneliz Alvarez has become a fundamental part of her children’s careers as she works as a producer and representative of her children.

Aneliz Alvarez is very far from the flashes and from the media life, since her work is behind the camera. She is dedicated to accompanying and supporting her children and her husband at various concerts and events. Without a doubt, a key piece in the success that her children and husband enjoy today.

HOW WERE EMILIANO AGUILAR’S TATTOOS ERASED?

The eldest son of Carmen Treviño and Pepe Aguilar, a regional Mexican music singer, decided to remove some of the images he had on his face.

Emiliano Aguilar used the laser to remove the tattoos from his face, both the phrases that were made around the eyes, as well as the symbol on his forehead, which were highly visible in the photographs that appeared. Now he sports a face without tattoos. Only slight marks remain from ink removal.