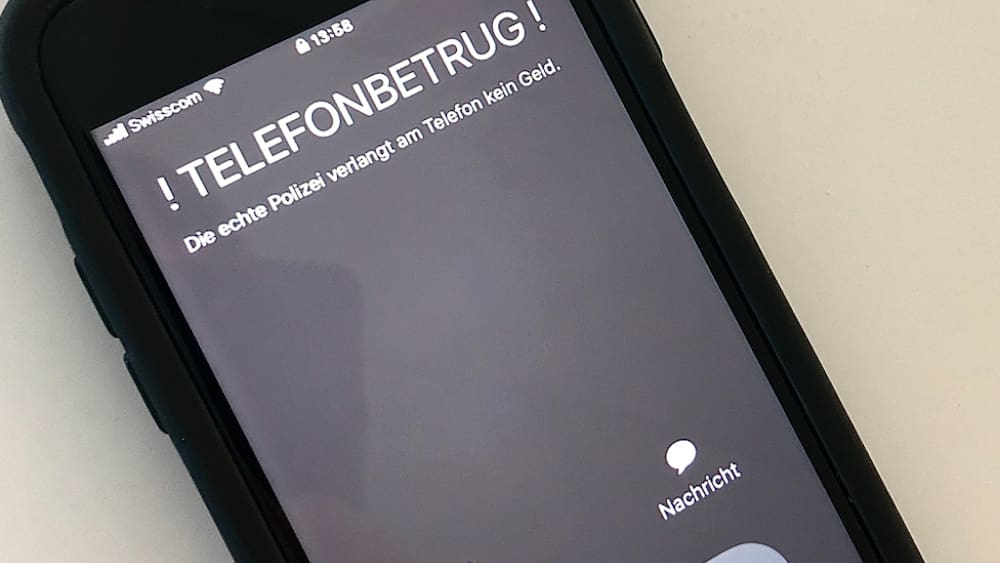 The man reported to the police on the emergency number 117, said the Zurich canton police on Wednesday. An alleged bank security employee called him and asked for money to be handed over because there were incorrect bookings, the 87-year-old said.

According to the information, the older man initially withdrew several thousand francs, but then became suspicious and contacted the police. Shortly afterwards, a man rang the doorbell of the pensioner and took an envelope with the supposed loot.

When he returned to his car, the person collecting the car and another person waiting in the vehicle were arrested, the communiqué said.

According to the police, the arrested are 20 and 51 years old, citizens of North Macedonia and live in the canton of St. Gallen. Investigations should clarify whether the duo is responsible for further crimes.

See also  Suspect of sexual assault on a dog in Bartın: I am impotent