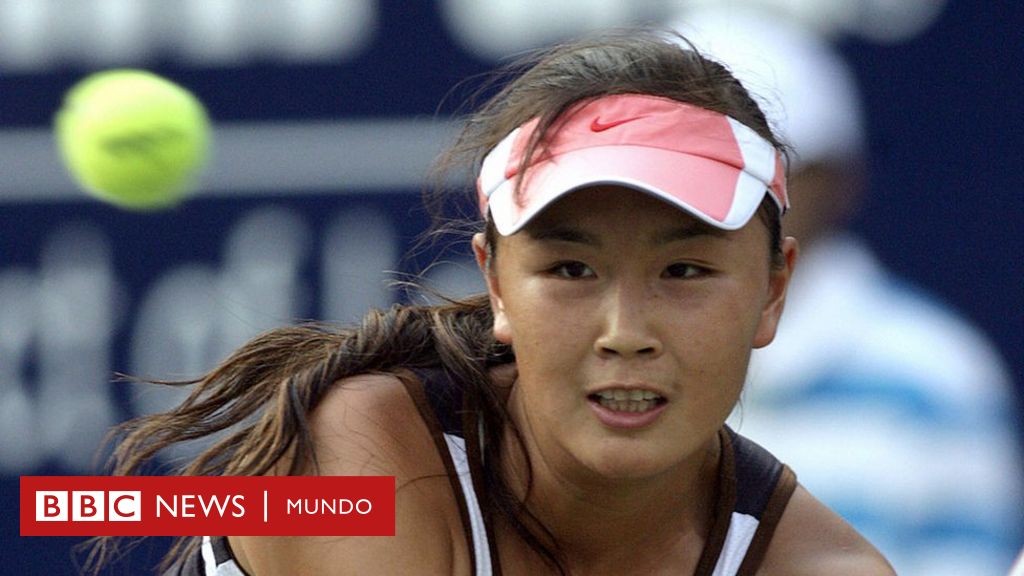 Peng Shuai: who is the Chinese tennis player and why are there concerns about her whereabouts

She was the first Chinese tennis professional – male or female, singles or doubles – to reach number 1 in the world.

The ranking was awarded by the Women’s Tennis Association (WTA) in the doubles category in February 2014, thanks to her title in Grand Slam doubles the previous year at Wimbledon, followed by a winning streak in other tournaments.

Peng Shuai, 35, is one of the most outstanding tennis players in China, not only in the doubles game with which she garnered 23 titles, but in single, a category in which she reached 14th place in the world, in 2011, the second highest ranking of a Chinese tennis player, after Li Na.

Although she was losing shape in recent years and her last competition appearances came in 2020, according to the WTA, Peng’s name recently emerged again amid grim circumstances when she accused a senior Chinese leader of sexual assault on social media.

The message on her Weibo account was deleted in a few minutes and the player was not heard from again or seen in public, except for an email of doubtful veracity and some videos released by the Chinese government.

The WTA, other prominent sports stars and the international tennis community have expressed concern about the situation and whereabouts of Peng Shuai and have demanded reliable evidence of your well-being.

A star cagainst all odds

Peng Shuai was born on January 8, 1986 in Xiangtan, Hunan Province, the daughter of Peng Jijun, a policeman, and her mother Znag Binhg.

He started playing tennis at the age of eight, instigated by an uncle who was a famous coach in China.

However, at age 12 a heart defect was discovered during a medical examination and was recommended to undergo catheterization to correct it.

According to Peng herself in an advertisement she made years later for the sports firm Adidas, her parents did not want her to undergo surgery, but she saw it as necessary to continue in tennis and “achieve the impossible” through effort and determination.

His instincts proved correct and in 2000 he played his first tournament on the ATF circuit in China, where he was a semi-finalist. In 2001 at 15 years and 4 months he won his first single title on the same circuit.

After a few setbacks, in 2004 she entered the ranking of the 100 best tennis players for the first time, a list she was on until 2015, a season interrupted by injuries.

In all, Peng was was ranked in the top 100 for 13 seasons, six of these among the top 50 and two among the best 20 in the world. In August 2011 she reached 14th place, the highest ever for a Chinese tennis player, after Li Na who reached 2nd.

In the single game, Peng won 2 titles, was a semifinalist at the US Open in 2017, and has important victories over rivals such as Kim Clijsters, Marina Hingis, Amélie Mauresmo, Francesca Schiavone and Marion Bartoli, among others.

However, it was in the doubles game where he stood out the most. With a total of 23 titles, including two Grand Slams: at Wimbledon (2013) and at Roland Garros (2014), the same year she was ranked number 1 in doubles.

Although her two Grand Slam hits were on grass and clay, Peng Shuai says her favorite surface is hard, her favorite shot is a two-handed drive, and she confesses to being a John McEnroe fan.

Peng played her last competitive matches at the 2020 Qatar Open, where she and her partner Xinyun Han lost in the round of 16. According to the WTA site, the player has been inactive in 2021 and her ranking has dropped to 192. in doubles and 306 in single.

But this November, his name came up again, albeit in unpleasant and grim circumstances, when he posted on the Weibo social network revelations about the alleged sexual assault he suffered at the hands of the former Chinese Vice Premier Zhang Gaoli.

In her post, she said she was “forced” to have a sexual relationship with Zhang. It is the first time such a complaint is made against a senior political leader chino.

“I know that someone of his height, Vice Premier Zhang Gaoli, would say that he is not afraid,” Peng wrote in his post. “But I’ll tell the truth about you even if it only means hitting a large rock with a pebble, or the self-destruction of a moth attacking a flame.”

The 35-year-old tennis player revealed that the first time Zhang coerced her was after she visited his home to play tennis, but she also acknowledged that she has no evidence to support her claims.

“I have no evidence. It has been impossible to get any. There is no audio or video record, just my distorted experience, but very real.”

Zhang, 75, was China’s vice premier between 2013 and 2018, at which time he was one of President Xi Jinping’s close allies. He has not commented on Peng’s complaint.

The publication of the player on Weibo was deleted minutes later – although screenshots of the messages exist – as well as any mention of her on that Chinese social network.

Peng has not been seen publicly since.

The whereabouts of Chinese tennis player Peng Shuai is a mystery. The WTA expressed its concern for the fate of the player and demanding that the “allegations must be investigated fully, fairly, transparently and without censorship.”

Osaka posted on Twitter under the hashtag #WhereisPengShuai (“Where is Peng Shuai”): “I was recently informed of a fellow tennis player who has disappeared shortly after revealing that she has been sexually abused.”

“I hope Peng Shuai and her family are safe and well. I am in shock at this situation and send them love and light,” Osaka said.

After the alarm among the tennis community, the CGTN station published on Wednesday an email supposedly written by Peng, in which he said that she is not lost or in danger, and adding: “I have been resting at home and everything is fine” .

The email also said that the sexual assault charge attributed to her was false.

However, WTA Executive Director Steve Simon noted that the email only “increases” suspicions on Peng’s situation.

“I have a hard time believing that Peng Shuai actually wrote the email we received or believing what is attributed to him,” he said in a statement.

This weekend, media related to the Chinese government posted images of Peng having dinner and attending a sporting event online.

“The content of the video clearly shows that they were filmed on Saturday Beijing time,” Hu Xijin said.

Later, another video was seen on the same account showing the tennis player opening the final of a youth tournament in Beijing shortly after Simon’s statement.

Said it looked like the date of one of them had been erased.

For his part, the director of the WTA said that “although it is positive to see her (in the first clip), it remains unclear whether she is free and capable of making decisions and actions for herself, without coercion or external interference.”

“This video by itself is insufficient,” stressed Steve Simon. “As I have said from the beginning, I remain concerned for Peng Shuai’s health and safety and that the sexual assault charge is being censored and hidden under the rug.”

“I have been clear about what needs to happen and our relationship with China is at a crossroads,” he warned.

“We commend Peng Shuai for his remarkable courage”said Simon, who assured that the complaints of women around the world are contributing to “the injustices can be corrected.”

The complaint of the player is the highest sports profile within the movement #MeToo, which in recent months has gained notoriety in China, a country in which until then it had not stood out.

Now you can receive notifications from BBC Mundo. Download the new version of our app and activate them so you don’t miss out on our best content.