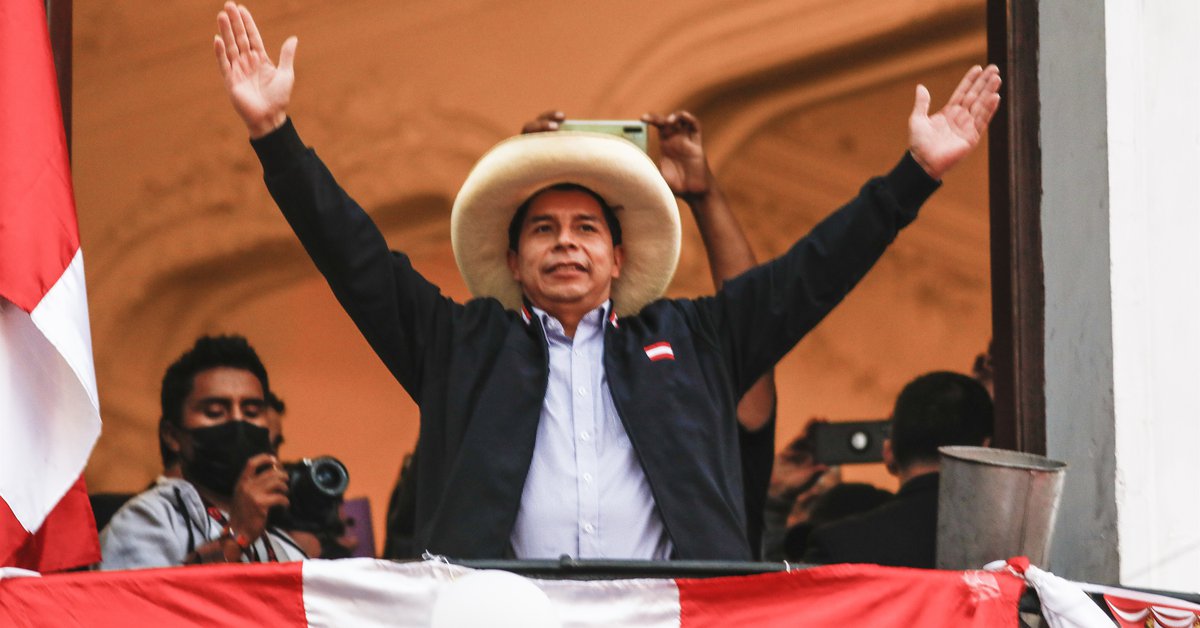 The presidential candidate of Peru Pedro Castillo used to quote Biblical passages when he appeals to morality to justify his rejection of abortion, homosexual marriage, the use of marijuana and euthanasia.

In a television interview during his campaign before the first round of the elections on April 11, the rural school teacher who came out of anonymity four years ago as the leader of a national strike was clear about his positions on these issues that they could soon be debated in the Peruvian Congress.

“I would not legalize abortion at all,” Castillo said in a report on the chain RPP. “We are going to move the National Constituent Assembly to be debated, but personally I do not agree”warned the candidate for the Peru Libre party.

“Euthanasia? Also that he moves but I do not agree either. Same-sex marriage? Even worse. Family first. These two institutions, which are the family and the school, must go hand in hand “, highlighted Castillo’s dialogue with journalist Jaime Chincha.

And I add: “Legalize marijuana? Of course not. Unlike. What we have to do is that with all the constitutional rights and the organizations … we are going to see how we contribute to Peru so that the wealth of the country is for all Peruvians ”.

“I come from a family that has instilled in me values ​​and has raised me with cut nails and that I am going to transfer to my town. First is the people, first is the family and first is the country that has given birth to me to defend it, ”Castillo concluded the presentation to justify his position.

FILE PHOTO: Peruvian presidential candidates Pedro Castillo and Keiko Fujimori, who met in a second round after signing a “Pact for Democracy” in Lima on May 17, 2021. (REUTERS / Sebastián Castaneda)

Whoever wins the polarized presidential ballot on Sunday between Pedro Castillo and Keiko Fujimori, Peru will continue to maintain a conservative profile with the refusal to legislate on abortion, homosexual marriage and gender identity.

The only thing that both candidates agree on – ideologically in the antipodes – is in the defense of the “traditional family” even resorting to biblical references. Fujimori is Catholic, as is Castillo, whose wife is an Evangelical.

And, although the daughter of the imprisoned former president Alberto Fujimori defends the free market and the rural school teacher advocates an active economic role for the state, both have more coincidences than differences in the issues that are part of the 21st century agenda in many countries.

Both are anti-abortion, defend the notion of traditional family – made up of a man and a woman – and do not give importance to the rights of the LGBTI community. The two also oppose legalizing marijuana and euthanasia. To this is added the questioning the gender approach in sexuality education in schools, an issue against which the Catholic and Evangelical Churches make common cause in Peru.

Ballotage vote by vote: Fujimori awaits the votes from abroad and Castillo hopes to maintain the advantage
Keiko Fujimori denounced irregularities in the ballotage
Castillo said that he will be the first to respect “the popular will.”