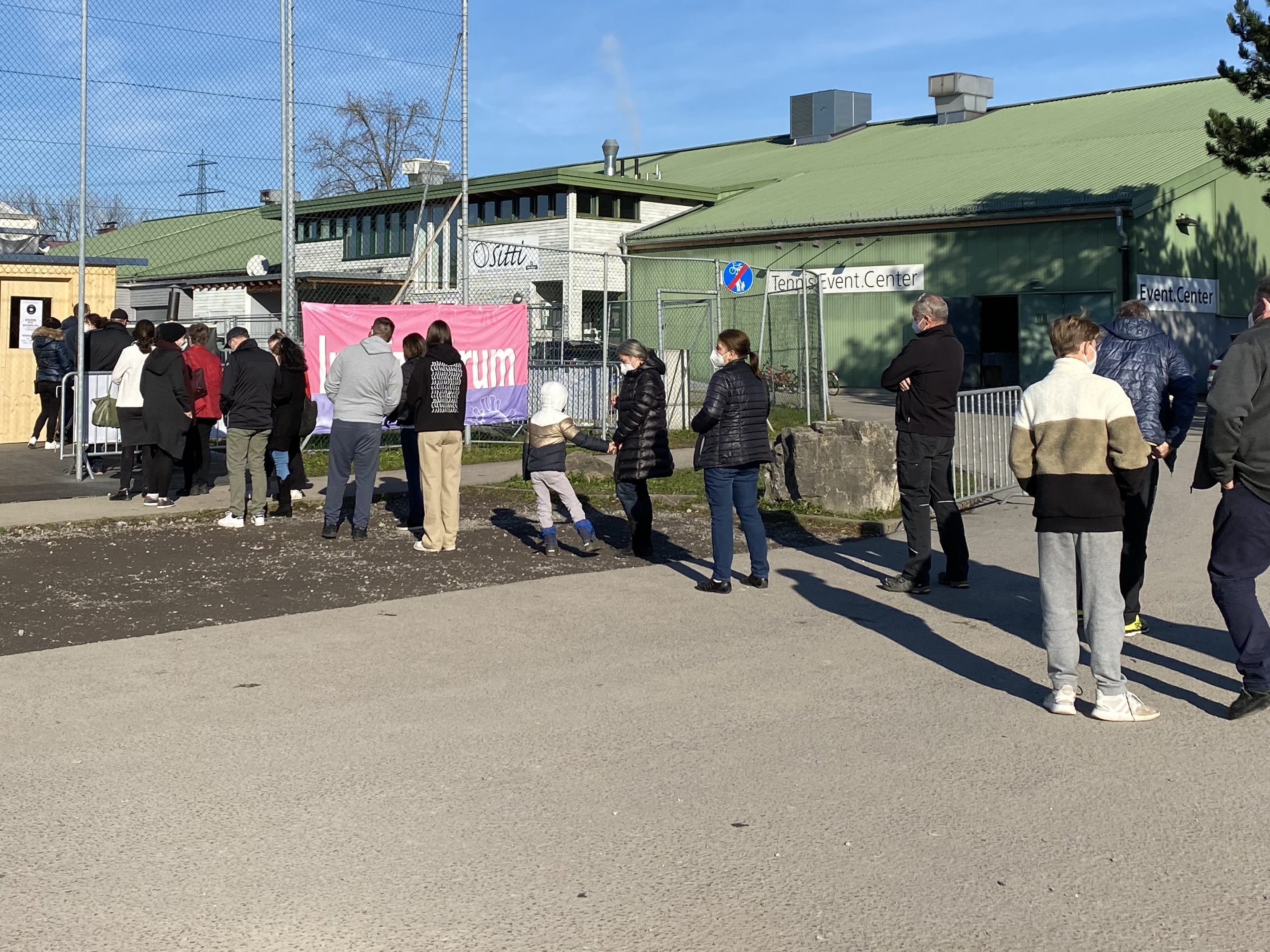 PCR tests continue to cause problems in Vorarlberg – Coronavirus –


Great demand for PCR tests at the moment: on-site inspection at the test station in Hohenems on November 9th.
©VOL.AT/Hohenems

Problems still arise with the PCR tests in Vorarlberg. As in Tyrol, the Vorarlberg media reported long waiting times for PCR test results and waiting times on test roads.

In a broadcast, the Vorarlberg Chamber of Pharmacists Jürgen Rehak was annoyed by “bottlenecks in laboratory capacities”. Test results also arrived late in schools. The country urged the laboratory operators to deliver on time.

The cause is the greatly increased demand

Susanne Schützinger-Österle, Vice President of the Vorarlberg Chamber of Pharmacists, confirmed: “The results are a long time coming, they come late or only when they have already lost their validity.” The reason is the increased demand. She reminded that at the workplace, an antigen test carried out under supervision in the pharmacy was also valid as evidence of the test.

Schools were also affected by the delays. The commissioned laboratory had contractually assured the ministry that the results of the PCR tests carried out on Monday would be available in the classes on Tuesday morning. That did not work out well this week, some schools did not receive the results until Wednesday – “and unfortunately there were also some positive cases, which of course spent two full days in school,” said Elisabeth Mettauer-Stubler from the Education Directorate on Thursday for the APA. “That mustn’t happen next week,” said the spokeswoman. They urge an upgrade in the laboratories. The infection team has currently segregated seven classes in Vorarlberg.

FPÖ regional chairman Christof Bitschi says about the problem: “It cannot be that restrictions are imposed and then the framework conditions for those affected are missing in order to be able to comply with the rules.”

In view of the often far too long waiting times for results in PCR tests, FPÖ regional chairman Christof Bitschi demands that the state government immediately improve the situation for those affected: “The state government must finally resolve this test chaos. Either the obviously impractical restrictions must be withdrawn or the capacities must be created immediately so that compliance with the rules is possible. ”

Reaction of the country

The country said that the laboratories concerned had been pressing for punctual delivery, “the current waiting times are not acceptable,” said a spokesman. The state itself can only directly influence those PCR tests that are evaluated from the state test roads in the laboratory in Feldkirch. Around half of these test approvals are processed in the country, the rest in a laboratory in Salzburg. Including Sunday, 18,000 PCR tests were carried out last week in the state test roads, before that it was 12,000, before that it was 8,000. On Monday there were problems due to the large number, but the processes will be further optimized, said a spokesman, who also reminded of the possibility of vaccination. The state started the “Vorarlberger Vaccination Days” on Thursday – 50,000 vaccination appointments are offered on ten days.

All news about the corona pandemic on VOL.AT