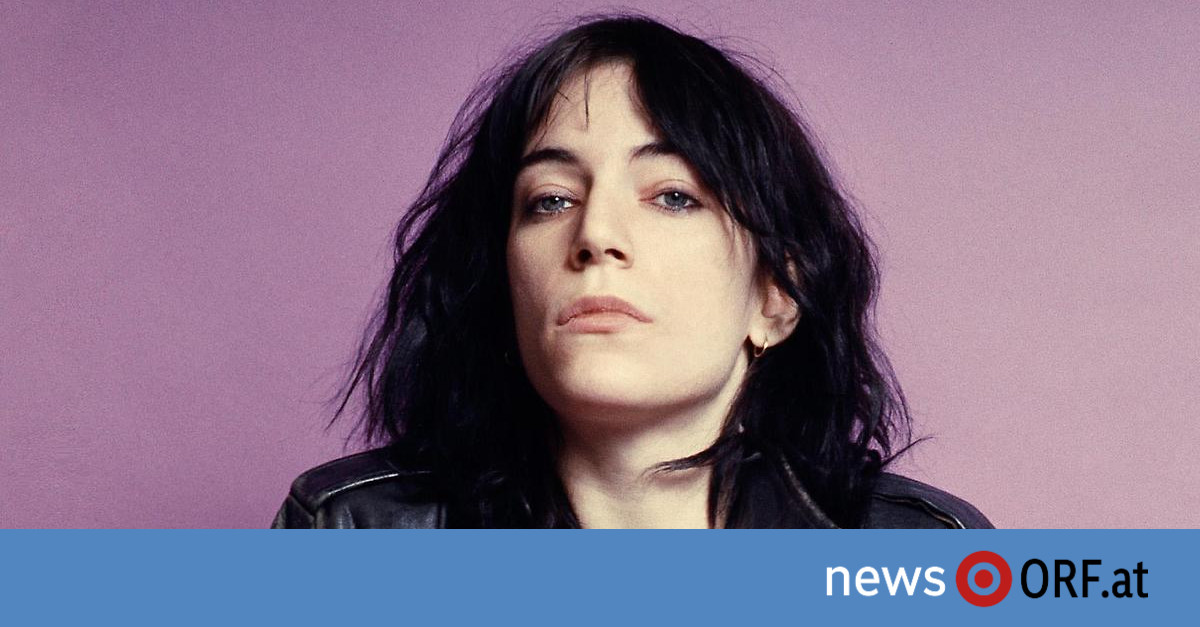 “This is” – these two words begin with every text that Patti Smith posts about her photos on Instagram. “This is” for example a portrait of her former partner, the late photographer Robert Mapplethorpe, whose birthday Smith is remembering. “This is” a book that Smith is reading, a selfie at the grave of the physicist Marie Curie and a handwritten note next to a mug of coffee. And “that is” also a photo of the singer and author at a young age in a toilet: “This is when you gotta go.”

Just as she painted pictures and wrote poetry as an up-and-coming artist in a small room in need of renovation in the legendary Chelsea Hotel over fifty years ago, Smith today creates a work of art that is growing every day from photos and texts on the Internet. “That my thoughts on Andrei Tarkowski and Antonin Artaud and other impressions that I post seem to calm people down and give them consolation,” said the singer and author in a recent interview.

“Everything was waiting for me”

Smith was born in Chicago on December 30, 1946. She grew up with her parents and three siblings in New Jersey. The family didn’t have much money, but there were always books. Every year at Christmas, for example, as Smith told the subscribers to her newsletter in an audio message a few days ago. In her early twenties, after giving up the child for adoption after an unplanned pregnancy, Smith went to New York to lead a life as an artist.

“Nobody was expecting me. Everything was waiting for me, ”writes Smith in her 2010 autobiographical bestseller“ Just Kids ”about her arrival in New York. She soon met her first great love: Robert Mapplethorpe, who later found international recognition as a photographer. When he turns to men, the two separate. But their friendship lasted until Mapplethorpe died at the age of 42 from the effects of AIDS in 1989. Smith later referred to him as the “artist of my life”.

Breakthrough with the successful album “Horses”

In the late 1960s, in their early twenties, Mapplethorpe and Smith kept themselves afloat with odd jobs and immersed themselves in the New York art scene around Allen Ginsberg and Andy Warhol. Smith tries to make a name for himself as a poet. When her first reading was to take place in a church in Manhattan in 1971, “she wanted to do something that wasn’t boring,” as she said in an interview with the Guardian last year. And so she asked Lenny Kaye, who would later become the guitarist of her band, to accompany her while she half read and half sang her poems.

The show was well received, and producer Sandy Pearlman suggested that Smith sing in a rock band. From then on she performed with her band, the Patti Smith Group, in the legendary New York club CBGB – and became known as the “Godmother of Punk”. Smith’s breakthrough came in 1975 with her debut album “Horses”.

Covered from The Mission to U2

The album, produced by The Velvet Underground founding member John Cale, is considered one of the most influential rock albums in music history. “Rolling Stone” magazine listed “Horses” in 2020 at number 26 and “New Musical Express” at number twelve in 2013 of the 500 best albums of all time. Smith’s poems served as the basis for the songs on the album. One of her greatest role models since her youth was the French poet Arthur Rimbaud.

In 1978 Smith released the album “Easter”. The single “Because the Night”, which Smith wrote with Bruce Springsteen, reached number 13 on the Billboard Hot 100 charts. A year later, the album “Wave” was released, whose single “Dancing Barefoot” was covered by The Mission, Pearl Jam, Simple Minds, U2 and others.

In the 1980s, things grew quieter around Smith. She lived with her husband Fred “Sonic” Smith, guitarist of the Detroit band MC5, and their two children Jackson and Jesse in Detroit and worked as a bookseller. In 1994, Fred “Sonic” Smith died of heart failure at the age of 45.

From cult figure to cultural icon

The fact that Smith seems more present today than ever has to do with her work as an author. Despite her successes, Smith never saw herself as a musician. “Seventh Heaven”, a volume of poetry, was published as early as 1972. But it was only in the past decade that Smith made a name for herself as an internationally successful author. In 2010 she received the National Book Award for “Just Kids”, one of the most prestigious literary prizes in the USA.

“M Train”, published in 2015, also has autobiographical traits – in contrast to “Just Kids”, in which Smith focuses on her relationship with Mapplethorpe, associatively flowing thoughts, observations and memories are lined up in “M Train”. “Dedication” followed in quick succession in 2017 and “In the year of the monkey” in 2019. Last but not least, her books have changed the view of Smith, said publishing manager Ira Silverberg a few years ago in the “New York Times”: “Just Kids” put Smith much more in the public eye. Before she was a cult figure, “now she is a cultural icon”.

Concert planned in the Vienna Arena

Smith’s photographs are also shown in exhibitions around the world. “I always took photos, but it got really intense after my husband’s death at the end of 1994. He was the love of my life and I was devastated,” said Smith five years ago at the Viennale in Vienna. “I wanted to do something, but I couldn’t write, perform, or draw. I have withdrawn completely. And then I found his old Polaroid camera and one day took a picture. It made me happy. Then I took more and more photos: I captured the things that fascinated me. For example the utensils of artists, for example Hermann Hesse’s typewriter. “

In the late 1990s, Smith returned to the stage after years of hiatus. There she wanted to spend the evening of her 75th birthday at a concert near New York. Due to the pandemic, the show was postponed to spring a few days ago. A concert in the Vienna Arena is planned for next summer.