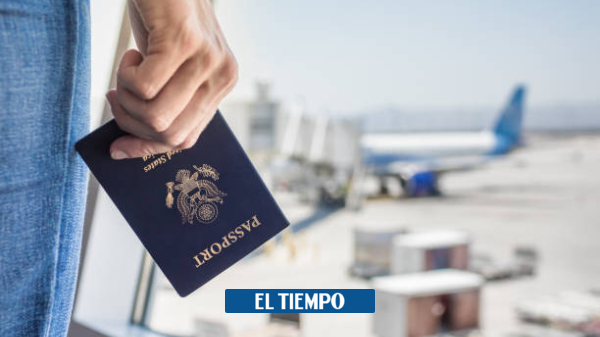 Passport: Which are the most and least powerful in the world by 2022 – More Regions – International

What are the passports that allow the entry to a greater number of countries without the need for a visa in 2022?

That is the question answered by the most recent study ‘The Henley Passport Index’ carried out by the firm Henley & Partners, based on data from the International Air Transport Association (IATA, for its acronym in English).

The result: the ranking of the passports of 199 countries in the world in a list from position 1 to 111, according to the number of destinations to which people can enter without having to present a visa.

(Read on: Colombian passport: prices for the process for 2022).

The most powerful passports

1. Japan and Singapore: Citizens of these nations can enter 192 countries without major limitations.

2. Germany and South Korea: the passport of the two territories gives free entry to 190 countries.

3. Finland, Italy, Luxembourg and Spain: With third place, subjects can travel to 189 destinations.

4. Austria, Denmark, France, the Netherlands and Sweden: citizens have 188 countries at their disposal to go without a visa.

5. Ireland and Portugal: 187 countries have free access for the Irish and Portuguese.

The previous territories, with the exception of Japan, South Korea and Singapore, are located in Europe and are part of the European Union. That is to say: they have greater bilateral agreements with different nations of the world.

(We recommend: American visa: These are the prices for 2022).

The countries of the European Union are located in the first positions of the list ‘The Henley Passport Index’.

The last places on the list are occupied by these nations of Africa that for different reasons – including the public order situation or the war that takes place there – they have various visa restrictions.

The most powerful passports in Latin America

16. Chile: Chileans’ document is the most powerful in the region, as it allows them to enter 174 different destinations around the world.

19. Argentina: 170 countries do not require a visa for Argentines.

20. Brazil: the passport of this South American nation gives entry to 169 destinations.

24. Mexico: citizens have the possibility to travel to 159 countries.

27. Uruguay: those born there have the facility to go to 154 countries.

(It may interest you: Can you work abroad speaking only Spanish?).

Chile has the most powerful passport in Latin America.

In what position is Colombia?

Our country is in the position 39 of the study ‘The Henley Passport Index’ for 2022. With the passport you have free access to 131 countries. For example, South Korea, Morocco, Denmark, Italy, Russia, Switzerland and Curaçao do not require a visa for Colombians.

(We recommend: How do you know if your passport is up to date?).

In fact, according to the study, the nation has been one of “The most effective for increasing the number of destinations that its citizens can access without a visa or with a visa on arrival.”

It is worth saying that the United Arab Emirates is the one that has made the most efforts so that its nationals have free access in 175 territories.

The Colombian passport gives free access to 131 destinations in the world.

Some of the attention has been refocused on other issues, such as elections

Victoria Finn, a researcher at the European University Institute, analyzed the previous data from the region and concluded that in Latin America the covid-19 continues to impose restrictions on mobility.

In addition, he detailed that some countries maintained low vaccination rates at the end of 2021.

(You can read: ‘Boosters are not sustainable’: director of the Oxford Vaccine Center).

“Part of the attention of the sociopolitical unrest in Chile, Colombia, Ecuador and Peru has been refocused on other issues, such as the elections and the continuous departures of Venezuelans,” he specified in a statement published on the Henley & Partners website.

For the expert, 2022 represents a scenario in which new policies – such as immigration policies – may be presented due to the results of the elections in Paraguay, Argentina and Chile.

– United States Visa: types and cost of each one.

– American visa: advice to process the document and not to be denied it.

– This will be the increase in housing rents in Colombia in 2022.

– These are the best positions to travel on an airplane.

– Home loan: these are the requirements to obtain your own home.