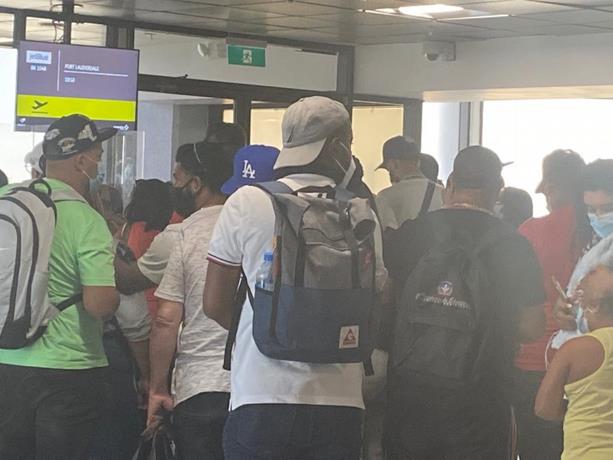 “We want answers”, “My money and my sweat”, is the clamor of dozens of passengers at the International Airport of the Americas (AILA) corresponding to Jet Blue flight 2510 bound for New York, protesting in front of boarding gate B4 due to flight delays.

The flight for which they claim was scheduled to leave at 11:00 in the morning for the United States, but it was postponed almost to noon, specifically, at 11:55 in the morning.

After two hours of the passengers being mounted on the plane, the authorities ordered their disembarkation under the allegation that “A bird had entered the engine giving it a strong shock”, which caused a displeasure to all the passengers since the plane was full and ready for take off.

After this event, at 4:30 in the afternoon the passengers have still not received information about what will happen with the flight, which has motivated dozens of them to protest in front of the airline’s door demanding answers about their destination .