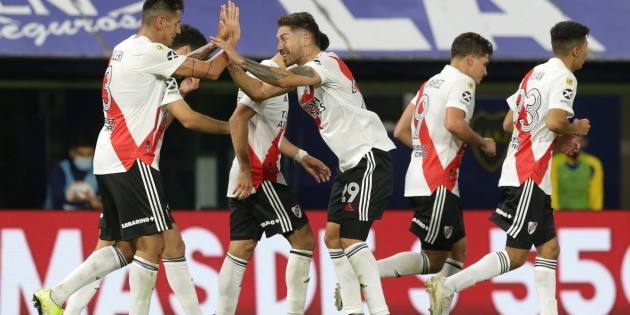 Until the book of passes in Europe closes – that will be at the end of August – Marcelo Gallardo will have a constant headache. It is that several of its soccer players are of interest in the Old Continent and it is difficult to retain a player who can change his life and that of his family, since the difference between a very good salary in Argentina has nothing to do with an average salary in Europe. On this occasion, from the Spanish media they affirm that Valencia would come to the load nothing more and nothing less than by Gonzalo Montiel.


The right-back, who has shone in River for years, has just become champion of the 2021 Copa América in Brazil with the Argentine National Team, in the final he had a memorable match against Neymar and was one of the best players on the field in a match that marked the end of the adverse streak of the Albiceleste. These competitions are an extraordinary showcase for great players, European clubs know better than anyone the talent of South American players and they also know of the enormous economic distances that there are.

Although no formal offer has yet arrived, it is said in Spain that Valencia would offer about 10 million euros to hire the Millionaire’s right-back. River has 80% of the pass and the remaining 20% ​​belongs to the player, its contractual relationship with the Biggest ends in December 2022 and its exit clause is 20 million euros, although it is important to note that it is practically impossible for a club pays that money to a team in Argentina, since other values ​​are handled in this market.


Who can replace Montiel before a possible exit?

There is no doubt that the right-back position has a clear owner and that is Gonzalo Montiel and that hardly anyone can replace him so easily, it is that Cachete won the affection of the fans based on effort, sacrifice, great performances and titles. But at some point the native of La Matanza will say goodbye and in the squad there are two players who can become owners of the position: Alex Vigo and Milton Casco.