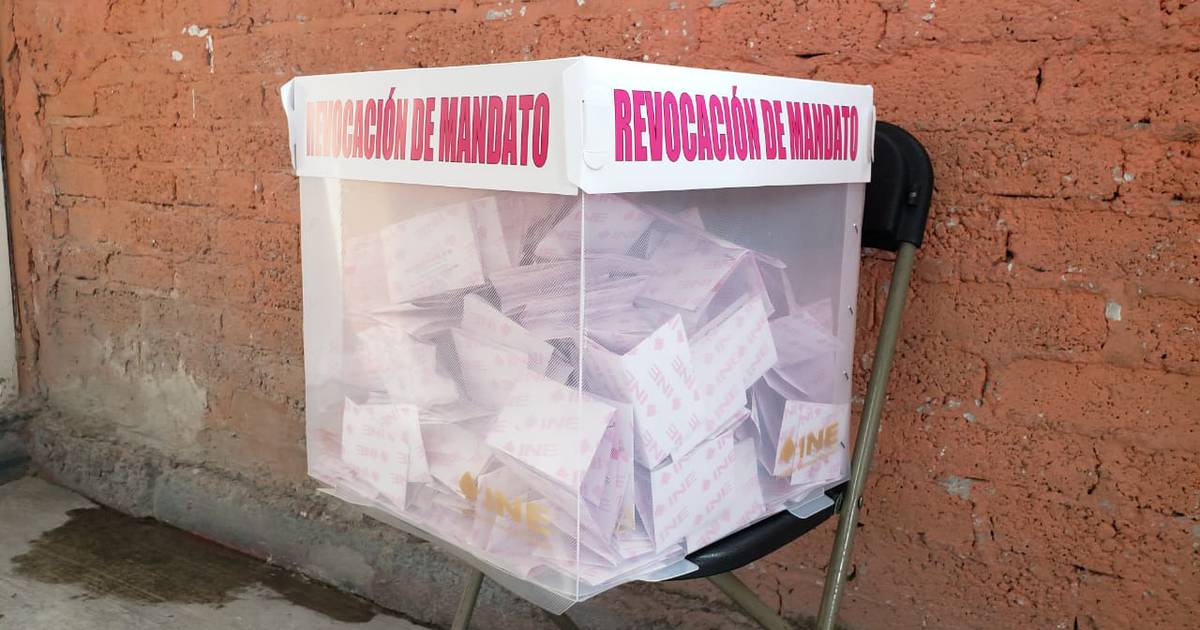 Participation was between 17 and 18.2%, according to the INE – El Financiero

The first query Revocation of Mandate in the history of Mexico will not be bindingsince only between 17 and 18.2 percent of the citizens registered in the Nominal Listreported Lorenzo Córdova Vianelloadvisory president of the National Electoral Institute.

According to data from INE Quick CountA maximum of 16 million 893 thousand 825 of Mexicans participated in this democratic exercise, far from the 37 million 129 thousand 287 votes needed for the query to be binding.

Likewise, Lorenzo Córdova reported that between the 90.3 and 91.9 percent of Mexicans they voted in favor that him Andres Manuel Lopez Obrador continue on the Presidency of the Republic.

Between 6.4 and 7.8 percent of the participants would have voted to be revoke AMLO’s mandate for loss of confidence.

While a maximum of 2.1 percent of the citizen they annulled their vote in the revocation consultation carried out this Sunday.

“These figures correspond to a statistical exercise that has informative and transparency purposes to pay for public trust and are not yet the final results of the mandate revocation processwhich we will announce in the next hours as soon as the legal calculations that are being carried out in the 300 district councils have been completed,” said Lorenzo Córdova.

“The Quick Count results allow us to affirm that today’s meeting took place in peace and civility throughout the national territory”, he added.