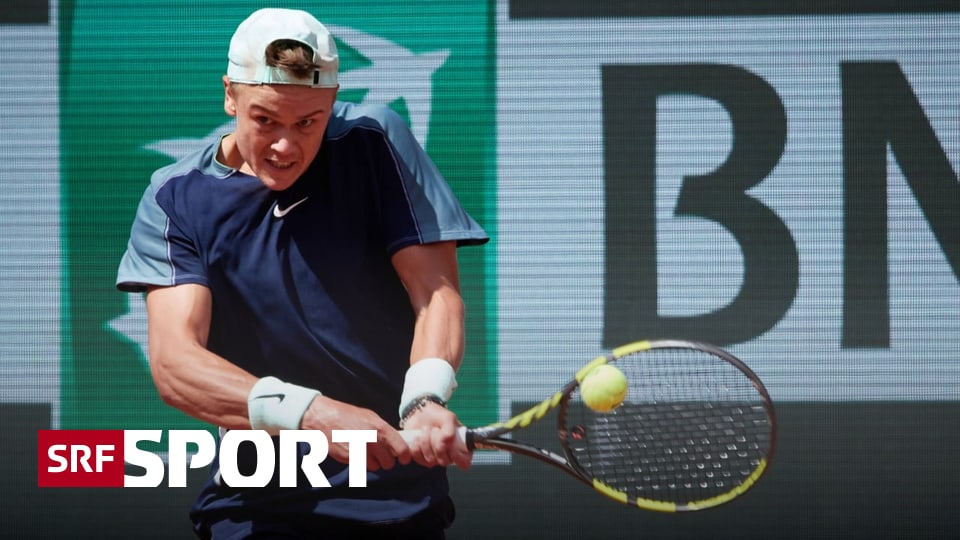 Holger Rune beats Stefanos Tsitsipas and is in the quarterfinals. Daniil Medvedev is stuck with Marin Cilic.

Holger Rune is still unstoppable in Paris and is in the quarterfinals. The only 19-year-old Dane, who knocked out Swiss Henri Laaksonen in the second round, continued his conquest against last year’s finalist Stefanos Tsitsipas and beat the Greek world number 4 in 4 sets. Rune, who had never survived the 1st round of a major tournament before the French Open, only started to tremble shortly before the end of the game.

The Dane served to win the match at a score of 5:2 in the 4th set, but had to have the serve taken away. Before he used his first match point shortly afterwards, he had to fend off more break balls. Rune is the first Dane to make the round of 8 at Roland Garros.

There it comes to the inner-Scandinavian duel Casper Ruud, who is also in the last 8 of a Grand Slam tournament for the first time. The two-time Geneva Open winner earned his place in the quarterfinals of the French Open with a four-set win over Hubert Hurkacz. After Ruud confidently won the first two rounds, the Norwegian was at risk of slipping away from the game at times.

Hurkacz won the 3rd set and also presented a break in the 4th round. However, Ruud reacted promptly, took his opponent’s service twice and scored his first match point after 2:31 hours. Like Rune, Ruud is the first tennis player in his country to advance to the quarter-finals of the French Open.

The French Open also came to an end on Monday for number 2 on the seeding list. Daniil Medvedev, who made it into the round of 16 without losing a set, found against a big player Marin Cilic no recipe and was defeated without a word in 3 sentences. After just 1:45 hours, a surprisingly one-sided game came to an early end. A visibly frustrated and helpless Medvedev couldn’t win a single breakball against the strong server Cilic.

Cilic competes in the quarterfinals Andrej Rublew. Despite a veritable false start – the 1st set against Jannik Sinner was lost 1:6 – the Russian made it into the quarter-finals of Roland Garros for the second time in his career. After the 24-year-old had gotten the upper hand in a hard-fought second round, his Italian opponent threw in the towel with the score at 0:2 in the third set. A knee injury, which had bothered Sinner in the previous laps, forced him to retire after 1:23 hours.