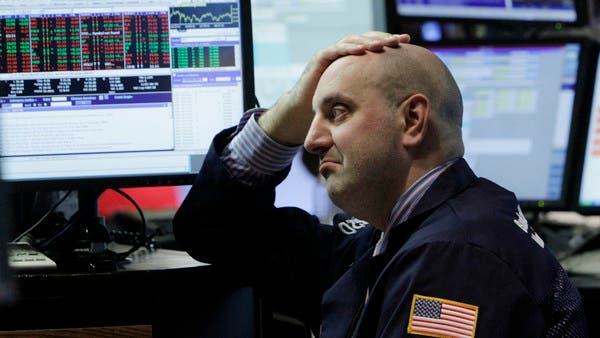 A state of panic dominates investors in global markets with the exacerbation of inflation rates, and the tendency of the world’s central banks to tighten monetary policy and raise interest rates.

The panic is exacerbated by fears that the global economy will enter a recession, amid multiple crises, including the closures in China due to the Corona outbreak, which affects supply chains, in addition to the effects of the Ukraine war and the European Union’s tendency to ban Russian oil and gas.

For the second day, Wall Street’s main indexes fell at the open on Thursday, led by growth-related stocks, as investors feared that a rapid and large interest rate hike to curb the increase in inflation would lead the economy into a recession.

Gold and other precious metals prices fell today, Thursday, as palladium lost more than 8%, with investors buying the dollar, supported by bets that the Federal Reserve (the US central bank) will stick to its policy of accelerating monetary tightening.

And US gold futures fell 0.7%, to $ 1841.60 an ounce. The dollar jumped to new highs in 20 years, which makes the precious metal less attractive to holders of other currencies.

Gold is usually considered an inflation hedge, but it does not generate returns, so it is sensitive to interest rates and Treasury yields.

The Abu Dhabi bourse led Middle East stock markets lower on Thursday, as fears grew that rapidly rising inflation could cause a sharp increase in interest rates, potentially plunging the global economy into a recession.

The US Department of Labor’s monthly CPI report indicated that inflation may have peaked in April, but is likely to remain strong enough to keep the Federal Reserve on a rate hike path.

The Abu Dhabi index fell 5.8%, in the largest daily decline since March 2020, under pressure of a fall of 8.5%, in the shares of First Abu Dhabi Bank, the largest bank in the Emirates.

Oil prices, which are a key driver of financial markets in the Gulf region, fell in a volatile week, while fears of recession loomed over global markets, outweighing the impact of supply concerns and geopolitical tension in Europe.

Aramco toppled Apple from the throne of the largest listed company by market value in the world after Apple’s stock fell by more than 5%, in the previous session.

According to Refinitiv data, Aramco is now worth $2.38 trillion, down from 2.43 trillion, compared to Apple’s $2.37 trillion.

Outside the Gulf region, the Egyptian market index declined by 1.6 percent, and almost all listed shares witnessed a decline.

Fadi Riad, market analyst at Capex, said that the Egyptian Stock Exchange is still exposed to the risks of changing sentiment and the volatile performance in the market may continue.

“The change in expectations is in addition to the impact that the conflict in Ukraine is having on the country,” he added.