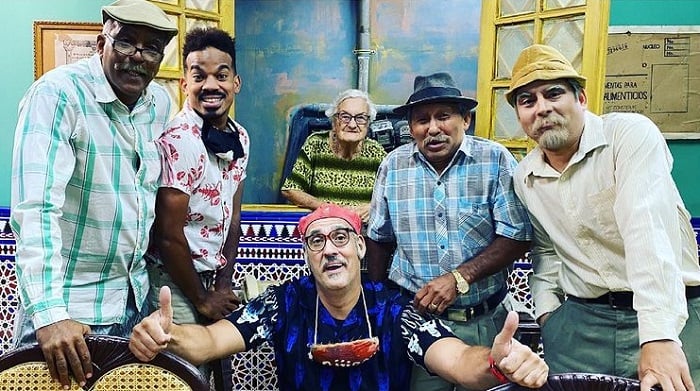 The Cuban comedian Luis Silva announced from his social networks the suspension for several weeks of his humorous program Live the story.

Pánfilo, as many Cubans know him, explained that the chapter that gave continuity to Ruperto and Cachita’s wedding has not been recorded so far due to a positive case within the team.

This past Monday, June 7, the chapter that continued the story could not be released. In this regard, Luis Silva commented that there is a possibility that the new episode will be recorded next week or the next.

“We all did PCR and tested negative, except for the person who was infected, but that person is fine,” he explained.

So the beloved space, the favorite of Cubans, will be absent from the small screen for several days, until the next chapter is recorded.

Ruperto finally fulfilled his dream of marrying Cachita. In the previous episode, Ruperto was depressed and managed to convince Cachita to agree to marry him. With the rope around his neck and about to hang himself in the living room of Pánfilo’s house, Cachita agrees to become his wife.

After this tragic moment, all the characters on the show began to prepare for the wedding. As expected, the wedding was not immune to the mishaps that always haunt Pánfilo and his neighbors.

One of them was between Chacón and Pánfilo, who after so much avoiding having the same wardrobe on the wedding day, the two ended up wearing the same suit, looking like twins.

Among the guests to the new episode of the popular humorous were the actress Náyade Rivero, the baseball player Carlos Tabares, and the actor and comedian Carlos Vázquez, known as Riquimbili.

The protagonists of the cast, led by Luis Silva, recalled through social networks some moments of these more than 10 years of work.

From social networks, his characters have celebrated this anniversary. Silva himself dedicated a message to all the people who have been part of this project throughout this time.

“12 years old Live the story. Congratulations to all those who have had to do with this program: actors, technicians, makeup artists, assistants, guest actors and, above all, our families, “wrote the popular comedian on that occasion.