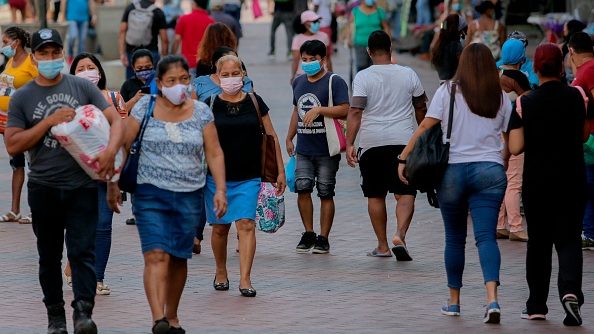 New measures against covid-19 in Panama 3:44

(CNN) — The Government of Panama considers it healthy for the United States to issue a travel alert on Monday about the dangers of visiting that country.

The travel warning, which appears on the State Department website, positions Panama at level 4 which, according to the publication, represents the recommendation not to travel to the country, in this case due to the risks of covid-19 and crime.

The alert is issued just as the president of Panama, Laurentino Cortizo, is on a working tour in Dallas, Austin and Houston, Texas. According to the president, it is in search of investments for economic recovery, job creation and promotion of the country.

The unusual quarantine in Panama, what is it about? 1:29

The Minister in charge of Economy and Finance of Panama, Jorge Almengor, said that “it is healthy for countries to alert their nationals to take the appropriate measures and precautions, just as we do for the departure of Panamanians to other jurisdictions.” .

In its alert, the State Department cites a notice from the Centers for Disease Control and Prevention (CDC), which indicates a very high level of covid-19 infections in Panama, a country that reported 417,087 as of Tuesday afternoon cases of coronavirus, of which 6,654 died and 13,281 are active. Of these there are 720 hospitalized and 107 in intensive care.

The president of the National Chamber of Tourism of Panama, Ernesto Orillac, explained to CNN: “The United States measure is a travel alert to almost all of Latin America, including countries in the region and neighbors such as Costa Rica, the Dominican Republic and others. However, it affects us because, definitely, on Panama people tend to think that it is closed. “

Orillac says that tourism is mostly affected by the implementation of very severe restrictive measures, which include the entry of passengers to Panama.

It refers to the Tocumen International Airport protocol, which indicates that all travelers entering the country must present a negative covid-19 antigen or PCR test, done 48 hours in advance.

When it comes to passengers from South America, the United Kingdom, South Africa and India, they must undergo a molecular covid-19 test at the air terminal, at the cost of the traveler for US $ 85. If negative, the person must serve a mandatory three-day quarantine in a hotel. If positive, mandatory isolation is 14 days in a hotel.

An alert not only for covid-19

On this issue, the minister in charge of Economy and Finance said that “in Panama we have been as conservative as possible” with the entry of tourists, residents and obviously Panamanians, so that they comply with all the biosecurity measures both in tests and vaccines against the covid-19.

Mandatory use of masks in public transport in Panama 1:40

But the State Department’s travel alert also calls for caution regarding crime, mainly in areas it identifies as being at higher risk, such as the Gulf of Mosquitoes and some areas of Darien where, according to the publication, organized crime operates.

Regardless of this, the National Chamber of Tourism of Panama assures that currently “hotel occupancy is on the ground.”