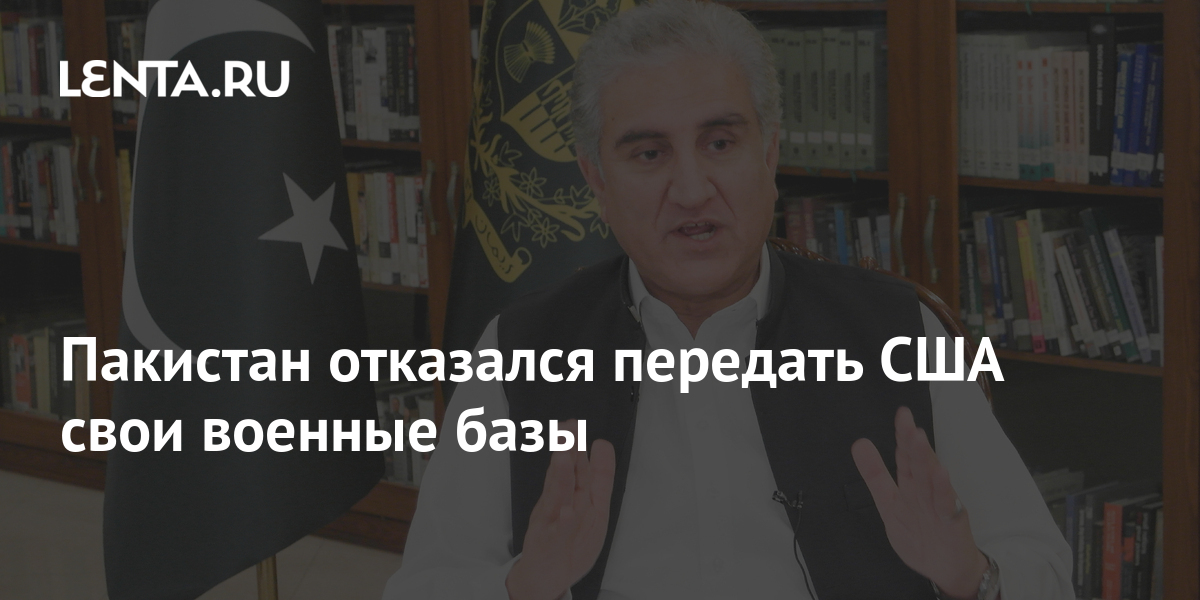 “Finding bases may be their desire. There can be no question of giving them grounds, we must see our interest, ”Qureshi said.

Earlier, The New York Times, citing sources familiar with the situation, wrote that the United States administration is negotiating with the Pakistani government on the transfer of a military base. The material said that Washington needed the base to collect intelligence and launch counter-terrorism strikes in Afghanistan after American troops left the country.

The official withdrawal of US and NATO troops from Afghanistan began on May 1 and will last until September 11, although the actual withdrawal of troops began in April. US President Joe Biden explained this decision by his conviction that the military forces of the United States and European countries can neither create nor maintain a stable Afghan government.

On June 1, US Central Command announced that the US had withdrawn a third of its troops from Afghanistan. It is specified that about 300 cargo planes with materials were taken out of the republic. At the same time, 13 thousand pieces of equipment were transferred to the logistics agency of the Ministry of Defense for disposal.