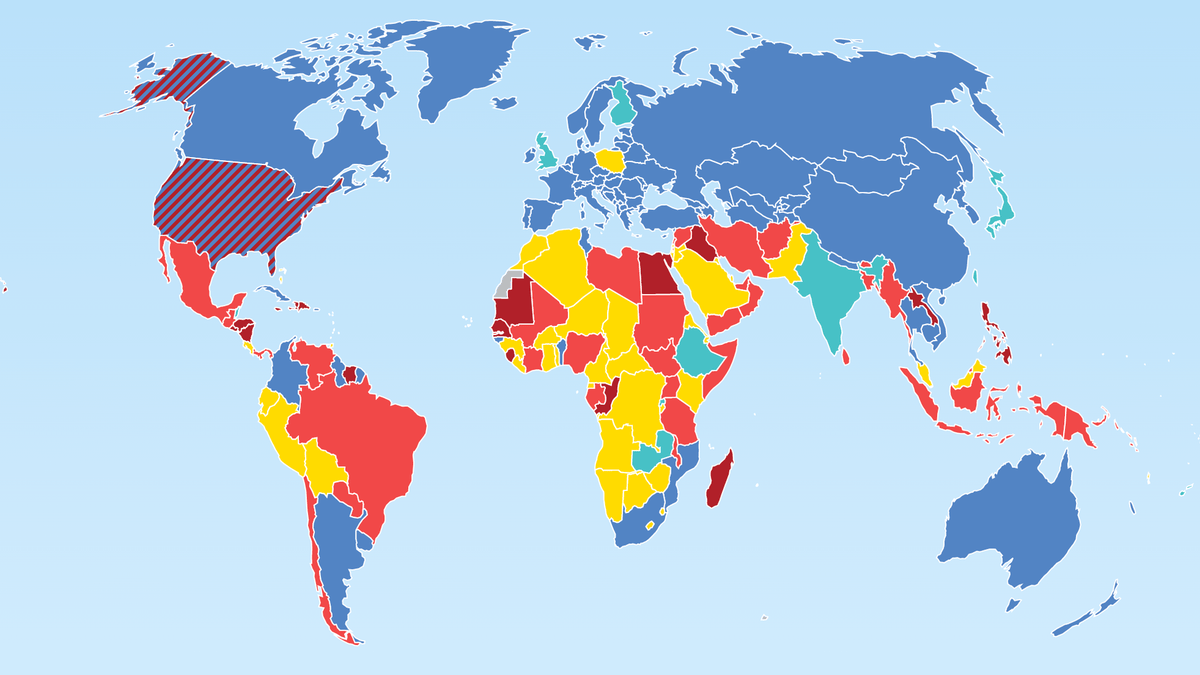 Overview: Abortions are regulated differently around the world

The U.S. Supreme Court said Friday that liberal abortion law overturned. The Supreme Court thus cleared the way for stricter abortion laws – even including complete bans in some states. Some states had already prepared prohibition laws for this case – so-called trigger laws. In some states, these came into effect immediately, in others it will take about a month for them to take effect. In many states, such as Missouri or Oklahoma, doctors who perform abortions now face long prison sentences. From a global perspective, they are not alone. The overview, which is based on the world map provided by the Center for Reproductive Rights (see box), shows which laws apply in which countries.

In Germany, a doctor can terminate a pregnancy after a consultation in the first twelve weeks. This is regulated in the Criminal Code. Until recently, it was also stipulated there that physicians were not allowed to “advertise” abortions. However, the so-called Paragraph 219a is now history: On June 24, 2022, the Bundestag passed a law to lift this advertising ban.

Since a referendum in 2018 pregnant women are allowed to have an abortion up to the twelfth week. Moreover, only when there is a serious threat to the life or health of the pregnant woman or fetus.

In the country, abortions are allowed without giving reasons up to the 22nd week of pregnancy.

The country has the most liberal rules in South America. Since 2022 abortions are legal up to the 24th week without reason. Previously, they were only allowed in exceptional cases, such as when the mother’s life was in danger, the fetus was severely deformed, or after incest or rape.

The rules in the country are considered particularly liberal. In the Netherlands, a pregnancy can be terminated up to the 24th week. At a later date this is only permitted for serious medical reasons. Just this June, the Dutch parliament passed a law that aims to abolish the five-day reflection period for women before having an abortion.

Abortion has been legal since 1973. Abortion is allowed up to the third month, after that only if the mother’s life is in danger or the fetus is not viable.

Abortions are only permitted here to a limited extent

Abortion after rape, incest, for minors and for impairment of mental or physical health has been legal since 2005. The environment of the pregnant person is also taken into account.

Abortions are only allowed if the mother’s life is in danger or after a rape. Doctors are required to report rape to the police, and pregnant women are required to view the embryo on ultrasound images before the procedure.

Abortions carry a prison sentence of up to ten years unless the life of the pregnant person is in danger. The husband must agree.

Abortions are only legal if the man agrees. Exception: If the marriage is considered broken, pregnant women do not need this consent. Abortions are also possible after rape. Socio-economic reasons also count.

The country has one of the strictest abortion laws in Europe. An abortion can only be performed if the health of the mother or the child is at risk.

The Criminal Code of March 1950 states that abortion “for important reasons” is permitted in the country. What these are is not described. A person who performs an abortion without “just cause” is punished with up to three years in prison. The person who has the abortion carried out will not be held criminally responsible.

The country has very strict rules. Since the law was tightened in October 2020, an abortion is only legal if the pregnant person has been raped, her life is in danger or the child will be severely disabled.

Abortion is only allowed to save the mother’s life or to protect her physical health. The consent of the husband or father is necessary.

The country has a total ban on abortion. A miscarriage can be punished as murder. Women who have abortions face prison sentences of up to 30 years.

The island has them strictest abortion legislation in Europe. Abortion, even if the life and health of the pregnant person is at risk, can be punished with up to three years in prison.