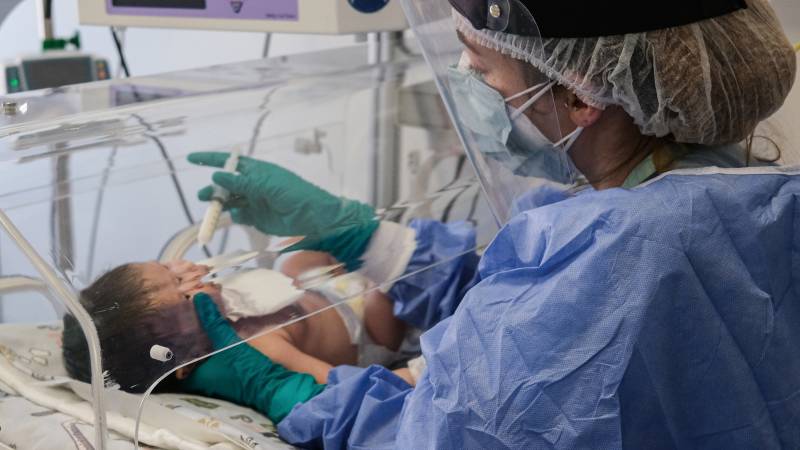 An epidemic of the RS virus has broken out among young children. It is noteworthy that there are now children with the dangerous cold virus in the hospital, because RS normally only occurs in the winter.

“I have never seen this before. It is really special that the virus is here now,” says pediatrician and professor of respiratory infections Louis Bont of UMC Utrecht in the Netherlands. NOS Radio 1 News.

There are many reports of the virus, especially in Rotterdam and other areas in the southwest of the country. Very young children can become very short of breath, develop pneumonia and even end up in intensive care.

No deaths in the Netherlands

Many children worldwide are dying from the virus. “But certainly not in the Netherlands, because we have the best pediatric IC care in the world here,” says Bont.

Normally, people have built up resistance because they have been in contact with the RS virus, but due to the distance rules during the corona pandemic, no immunity has built up for a year and a half. According to Bont, there is now a ‘delayed RS epidemic’. Nevertheless, Bont does not expect the virus to spread much further.

Parents are advised to be extra vigilant when their children have a cold, especially when it comes to babies under two months of age.