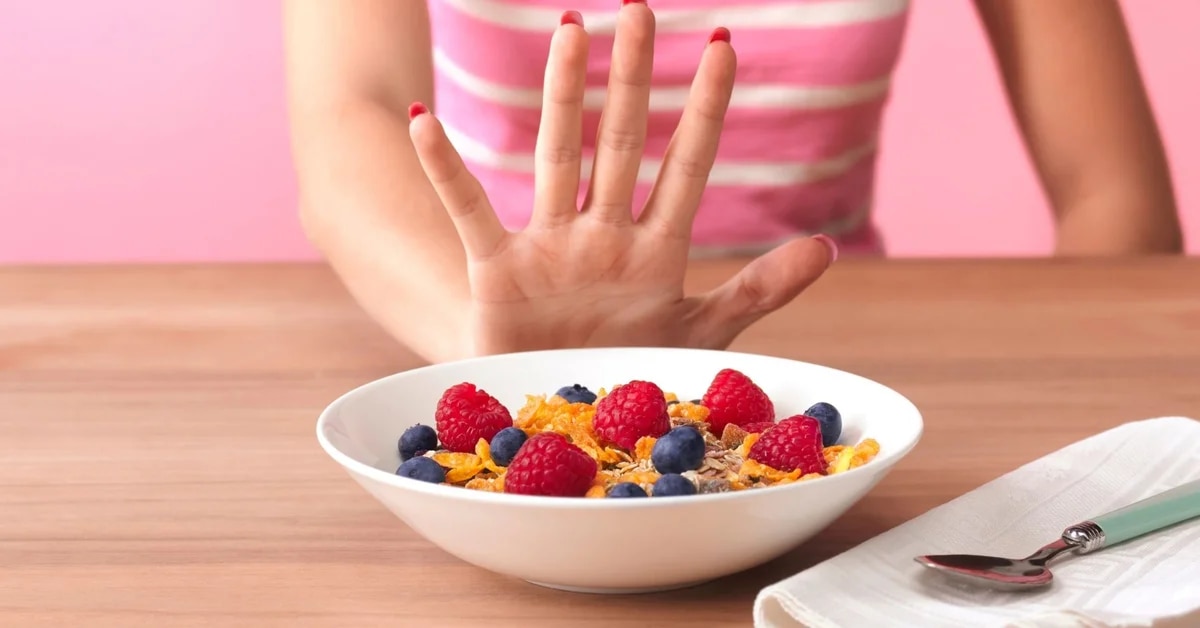 Orthorexia: why eating healthy can lead to a disorder?

Eating healthy is always a good idea, not only to keep fit but to lead a healthy life. However, it is sometimes difficult due to the wide variety of ultra-processed products that are presented during the day and the amount of advertisements that encourage people to choose less natural foods.

However, healthy food he adds more and more followers and even young people are, in many cases, “standard bearers” of all that is organic and natural. In some cases, an attempt is made to eat natural or minimally processed products and leave fast food outlets aside for an aesthetic issue. In others, it is a lifestyle. It seems like a battle between what you want to consume, what you should consume and what is presented to you both in advertisements and at events throughout the day.

Although it sounds strange, From this movement that tends towards the natural and less processed, health problems appeared such as orthorexia or orthorexia nervosa, a phenomenon in expansion that is generating concern in the scientific community.

What is orthorexia? To define it etymologically, it can be said that the term orthorexia comes from the Greek orthos (correct) and orexia (food). The concept was first unveiled by holistic physician Steven Bratman in 1997..

One of the main characteristics of those who suffer from orthorexia is isolation, stopping attending meetings (Getty)

It is an eating disorder characterized by an obsession with specific foods or entire groups of foods, which the sufferer believes are harmful to their health and which is manifested by their systematic elimination.

Those with orthorexia They spend long hours learning about the properties or preparation of the products they are going to consume. In this way, they are modifying their diet; they adjust it to what they think they can eat and often neglect and do not replace essential nutrients for a healthy life.

Since this disorder is suffered, with the passage of time, more and more food products are left aside and the consequences become evident, especially as the years go by.

According to Association for the Fight Against Bulimia and Anorexia (Aluba) these patients generally develop their own food rules, and they experience behaviors similar to those of anorexic and / or bulimic people, with the exception that your concern is with food quality, and the others look at the amount and calories. Many of them suffer from “doubts” about their own rules, which is torturous when it comes to eating.

Those who suffer from orthorexia they avoid certain foods, those that contain substances that they think are harmful such as fats, animal products, preservatives, and those that they consider “bad”. They eat exclusively those free of transgenic components, artificial substances, pesticides or herbicides, or substances that have undergone some kind of man-made modification.

One of the main characteristics of those who suffer orthorexia is isolation. They simply decide stop going to social gatherings, partly because they do not want to eat something that is not checked by themselves and also because they are beginning to receive questions from those close to them about their eating habits.

“Food in humans is not instinctive. It is not a food that fills a need. Food is not just food, it has several functions: it ties, creates community, it is a ritual, it can be a gesture of love, “he told Infobae the graduate Paula Dabbah (MN 18481), psychoanalyst at the Sanatorio Modelo de Caseros. And he added: “that’s why we can, from reading a menu and choosing by the names of the dishes that enter by the words, to seeing in the so-called eating disorders that someone can reject food, or can binge.”

Dear Dabbah, when the mandate that is followed is thinness, you can see clearly What is at stake. But, when the mandate is health, it would seem more difficult to find out that this ideal can also lead to illness. “Any obsession ends up being a problem because the subject cannot not do it, even if it is for health. It is important to identify what such rigid behavior may be hiding. Be cautious when making diagnoses and give rise to what that person can display with his word, “he said.

Among the consequences of orthorexia is a substantial deterioration in quality of life, risk of malnutrition, anemia and trace element deficiency, osteoporosis and even depressive and anxiety symptoms, among many others. Women who suffer from orthorexia usually stop menstruating, ovulate and therefore fail to get pregnant. And it is there where many consult the doctor without thinking that the problem is in the diet.

In this sense, the doctor Marisa Geller (MN 90803), reproductive medicine specialist, Medical Director of In Vitro Buenos Aires, explained to Infobae that a good diet is necessary so that there is a minimum of fat content and thus maintain menstruation and, therefore, ovulation.

“When patients begin to eat unbalanced and do not have a certain fat content and the nutrients they need, the body only begins to not generate ovulation so that there is no pregnancy. A woman who cannot sustain herself will be less able to sustain a pregnancy and gestate and that is why the body defends itself and does not ovulate so as not to get pregnant.; and by not ovulating, she does not menstruate, “said Geller.

He also clarified that patients who begin to have cycle disorders due to eating problems perhaps they consult because they cannot menstruate but the problem is not only that but that there is an alteration in the feeding.

They eat only those foods they consider “good” (Getty)

However, he stressed that the situation in these cases can be reversed. “Many times they stop menstruating and ovulating because they do not have enough nutrients but they do a good treatment with a nutritionist and a psychologist and they manage to modify this situation, as they are functional, not organic, is something that can be reversed. With a good diet and therapy they can begin to eat well and, once this happens, they begin to menstruate and ovulate and thus become pregnant ”, he added.

Dr. Geller explained that, in general, The first thing you lose is your menstrual cycle and it’s the last thing that comes back. Although he clarified that treatments can be done to achieve pregnancy in these circumstances, it is not advisable. “It is necessary to treat the underlying pathology so that it does not continue later with a nutritional deficit and it can also be transmitted to the baby and have growth retardation, premature birth and other pathologies in pregnancy,” he concluded.

Scientific evidence also indicates that the female population is more vulnerable to the physical and psychological consequences of orthorexia. For this reason, women with this pattern of consumption require special attention from health professionals.