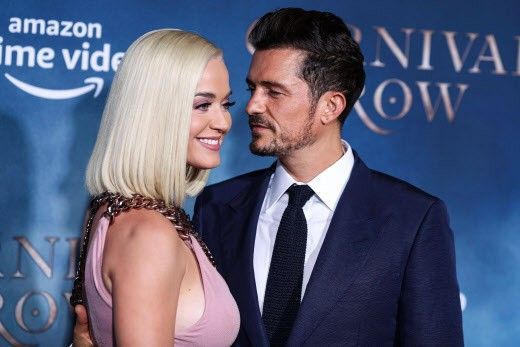 Ah Venice… its canals, its gondolas, its sun-drenched squares and its special charm. A place where all lovers go to slip into the sheets of an incandescent romance. This is the choice we made Orlando Bloom and Katy Perry who have been living a beautiful story for several years now. And yet everything has been said about these two. The first rumors of a relationship between the two American stars began to circulate in January 2016, when they were spotted flirting at a party after the Golden Globes. But it was not the first meeting between the American singer and the British actor. They had already been seen during a support evening for the Children’s Defense Fund in April 2013. Several months before Orlando Bloom and model Miranda Kerr, met on a Victoria Secret show in 2007, announced their separation in October. 2013, and shortly after Katy Perry and Russel Brand’s divorce in July 2012.

Orlando Bloom and Katy Perry, a story that stirs all the rumors

Like Jennifer Aniston and Brad Pitt, the celebrity couple has gone wild with fans. Everyone wants to know where the interpreter of Last friday night and the hero of Lord of the Rings. They are said to be married, separated and so on. However, the two lovers love each other as on the first day in view of the photos posted by the actor on his Instagram account. Sunday June 20, on the occasion of Father’s Day, Katy Perry wished to pay tribute to her companion, Orlando Bloom, who is the father of her daughter Daisy. The singer revealed how he supported her during childbirth. Images that made thousands of fans react, but also singer Demi Levato. “Oh my God, what a dream partner”, Justin Bieber’s ex wrote.

To see also: “New coach”: this photo of Jalil Lespert in very good company which should displease Laeticia Hallyday