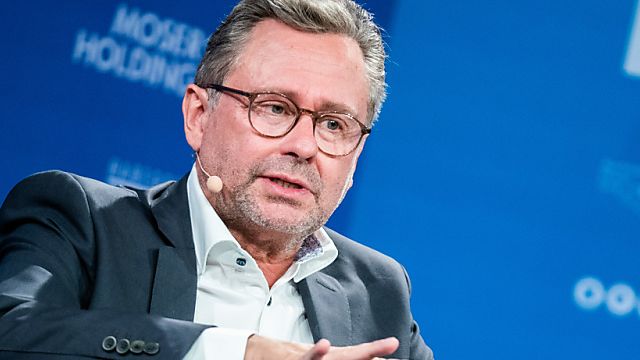 Over 500 hours of programming with around 1,000 broadcasts, contributions and documentations from 50 locations: This year, the ORF will again be reporting extensively on the cultural highlights of the summer.

The selection presented by ORF General Director Alexander Wrabetz yesterday ranges from the Salzburg and Bregenz Festivals to the Summer Night Concert and the Bachmann Prize. After all, Austria has the largest summer cultural offer in Europe.

It is true that this year almost everywhere will be played in front of an audience, but those who prefer their own four walls for cultural enjoyment will be served comprehensively by the ORF. A wide variety of offers can be found on television, radio and online, taking into account all nine federal states. Wrabetz was particularly proud of long-term partnerships such as with the Salzburg Festival or the Vienna Philharmonic. “This is not only good for working together, but also for building an audience over the long term.”

Netrebko as a draft horse in Tosca

The second part of the anniversary edition of the festival can be experienced on the Salzach this year, with Romeo Castellucci’s production of Mozart’s “Don Giovanni” (August 7th) being particularly eagerly awaited. But also “Tosca” with Anna Netrebko (August 27th) or a concert by Teodor Currentzis and his orchestra musicAeterna (August 14th) are on the program.

In Vienna, the Philharmonic’s Summer Night Concert (June 18) is just as much a fixed point as the Danube Island Festival (September 17-19), while in Lower Austria this Friday (June 11) with the Summer Night Gala from Grafenegg, top-class operas, operettas and musicals is to be expected. Burgenland is represented with the opera in the stone quarry, where Puccini’s “Turandot” will premiere on July 14th; in Upper Austria, “Klassik am Dom” will be turned into a TV concert in the cathedral this year, where star violinist David Garrett will play (24 . July).

READ  Vasco Rossi on Maneskin: "I do the drug test"

Rigoletto as a resumption on Lake Constance

Jordi Savall will again be a guest in Stainz in Styria and will present music by Handel, Fux and Vivaldi (July 10th). The neighboring Carinthia not only has the Carinthian Summer ready, but also an edition of the reading contest for the Ingeborg Bachmann Prize (June 16-20), which unfortunately once again managed without an audience. In Tyrol, classic star Elina Garanca invites you to the open-air gala “Classic in the Alps” in Kitzbühel (July 18th) and the Tyrolean Festival Erl has a “Great Wagner Gala” (July 25th) on offer, while in Vorarlberg of course the Bregenz Festival is part of it. Here you can see and hear the resumed lake production of Verdi’s “Rigoletto” (June 19).