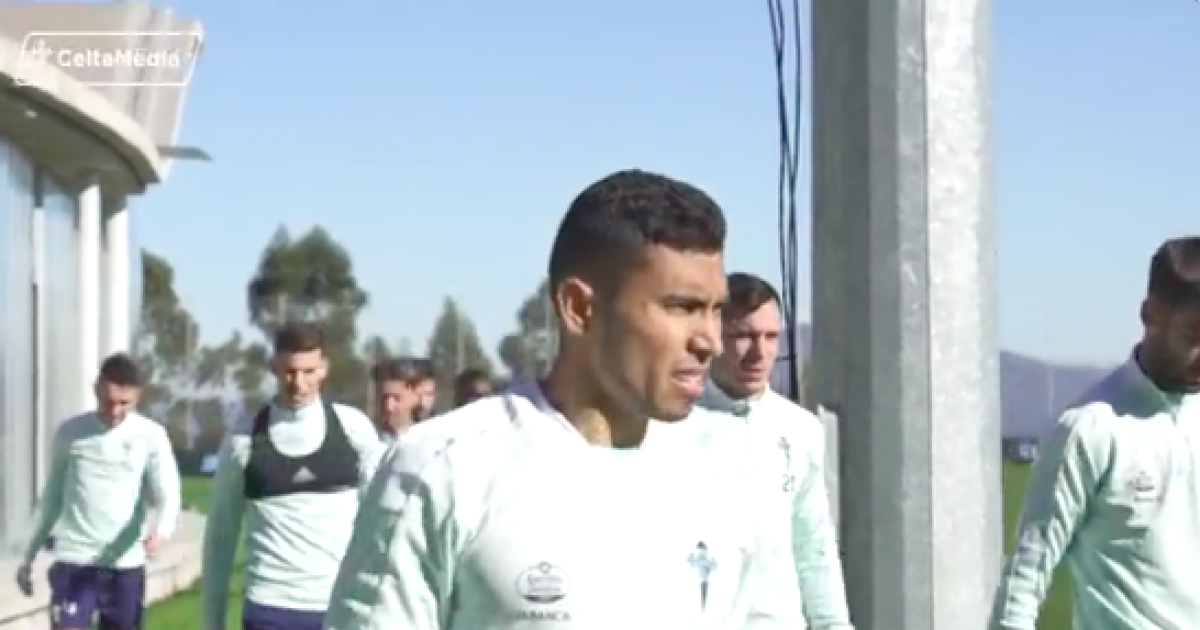 Orbelín Pineda has his first training session at Celta

This Tuesday the Mexican forward Orbelín Pineda stole the reflectors on the team Celta Vigo, when he joined the training for the first time with the team, finishing it alongside his teammates and without any kind of problem, which outlines him as a player eligible for the helmsman, who sought to sign the player and who finally became the first reinforcement of the winter period.

In training this TuesdayHe also highlighted that the Argentine winger Augusto Solari managed to return to practice.

After a few days working out alone and under the instructions of the physical trainers, to fine-tune their set-up, the first winter reinforcement of Eduardo “Chacho” Coudet He has already managed to work alongside the group, so he could see his first minutes in LaLiga in this squad, next Wednesday 19 against Osasuna.

CELTA FROM VIGO RUSHES TO ORBELÍN

What was your first training session with Orbelín Pineda

The Celta de Vigo coaching staff, scheduled a physical work session for the squad this Tuesday, after a couple of days off. The other good news for Coudet is that Solar He has left behind the plantar fasciitis that kept him from the activity, so he will also reach the duel against the Navarrese team.

The doubt of Celta, is in the recovery of the midfielder Renato Tapia, who has returned to exercise alone with the physical trainer Alex Andújar. The native of Peru continues to recover from the knee sprain he suffered last week in the Cup match against Atlético Baleares.

MEXICANO IS IN THE LOOK OF AN IMPORTANT TEAM IN SPAIN

Orbelín Pineda
He still has days ahead of him, to finish being at one hundred physically, although later the challenge will be to understand what the strategist is looking for, to execute it in training, earn minutes and then a place in the starting squad.

Celta de Vigo is in the middle of the table

The picture of Celta de Vigo, After 20 games played, he has six wins, five draws and nine setbacks, to add 23 units and place himself in 14th place.

After the duel against Osasuna, they will visit Sevilla on Saturday, January 22, in a clash that looks complicated.