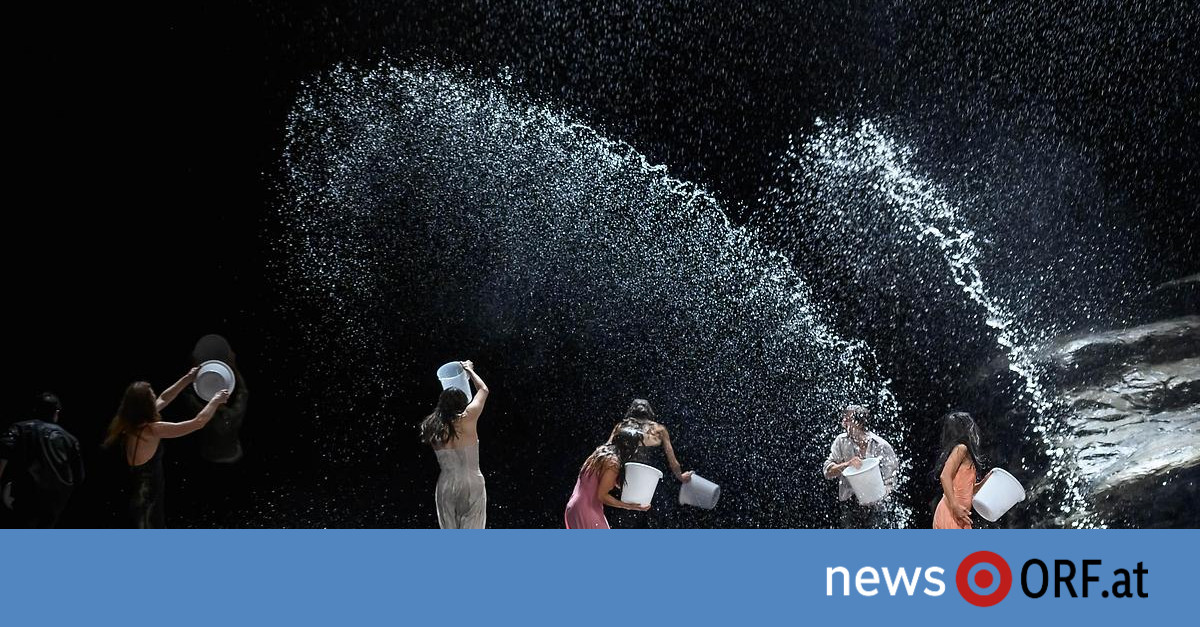 This year, the ImPulsTanz Festival is particularly confronting its own history and paying homage to the mentors of this exceptional festival, which shines far beyond the borders of the country, as was also shown on Thursday evening in Vienna’s Burgtheater. A tribute is dedicated to the late Ismail Ivo this year. And the fact that the festival opened with the Tanztheater Wuppertal Pina Bausch and the now 16-year-old play “Vollmond” can be read as a tribute to the greats – also in our own history.

In the classic Pina-Bausch style between expressive dance, theater and a little touch of slapstick, six dancers take you into the driving forces of a full moon night: men fight and courtship for women, women lure, withdraw – and also show the men their own limits when they confidently signal that they are faster in the nocturnal field than their counterparts.

Everything is illuminated as a dream and trance state, sometimes only hinted at, what can happen in a night of love and afterwards. The night of the full moon is the basis of dream walking – and in the case of Bausch and her companions, love death is also designed in such a way that dying appears graceful, poetic, almost beautiful.

“Full Moon” can still be seen at ImPulsTanz on July 8th, 9th and 10th.

Energy in the dark and barren space

The landscape is dark and barren on stage, a rock to be climbed up and down, the only form of reference to possible worlds outside. Already in the first part it is raining from the gouge – and not only torrential rain, but also torrential rain will play a role. Aside from poetry, a lot here is geared toward effect. People let themselves be pulled and slid through the water in the background – and at the end there is the furious finale of the energetic splashing competition.

Tanztheater Wuppertal confidently plays with the dynamics of poetic and energetic sections. Again and again, as one learns from the full moon night, men and women will find themselves in the same situations that they have already been through. So far, so human. The aesthetic of the evening interprets the forces of attraction in life primarily and exclusively as a game between man and woman. And even if you brush everything against the grain with Lacan and Co. and read it as a questioning of roles, if you make an effort, the question remains whether this aesthetic fits into the year 2022. The festival is dedicated to self-chosen life, gender and love designs. But fluid is mainly the water on this stage.