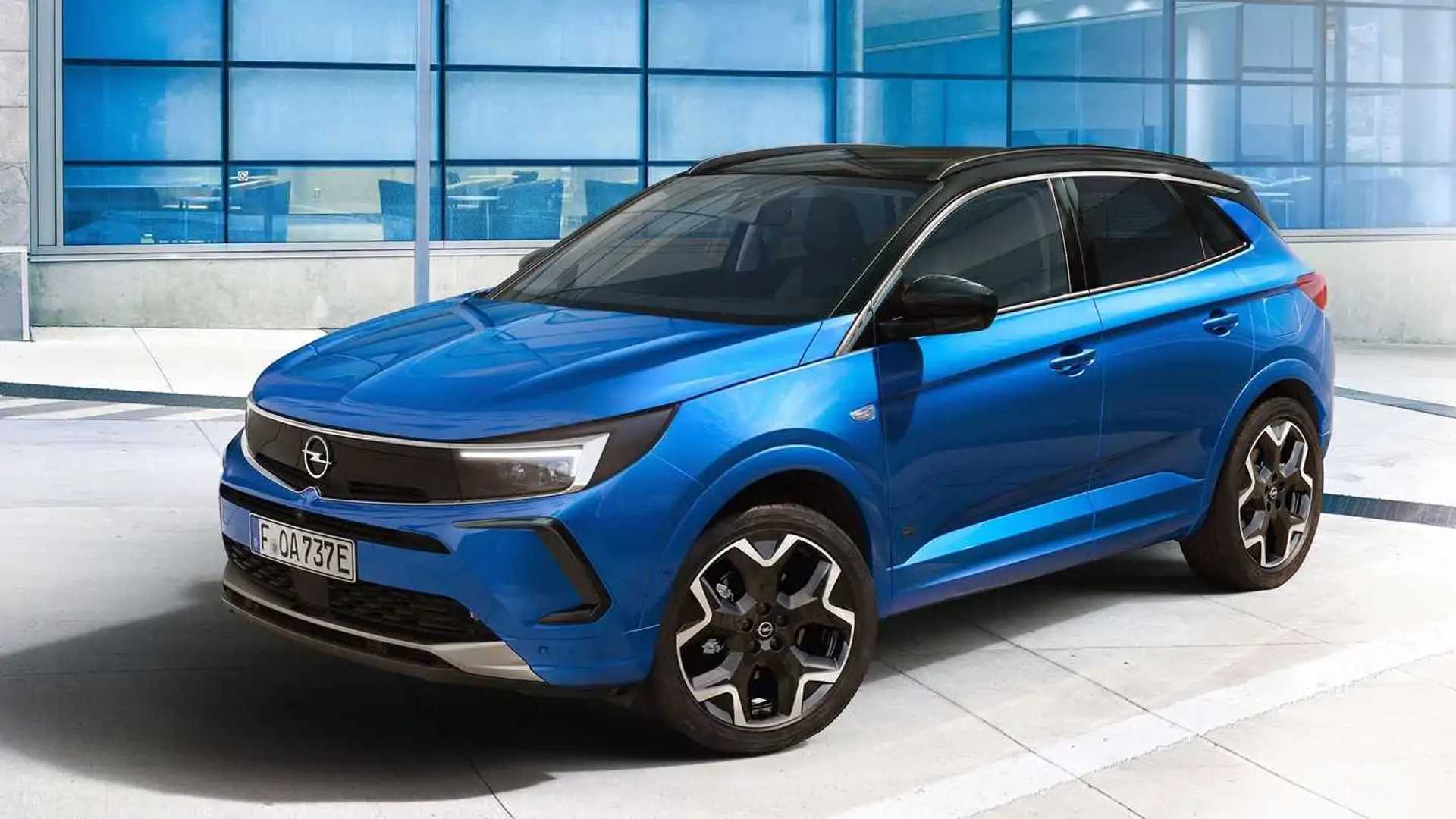 After the Crossland X, the Grandland X was the second Opel model in 2017 that became a child of PSA integration and thus built on the Group’s EMP2 platform. And while the Crossland did without its X in its name as part of a facelift in 2020 and got the chic Vizor in return, the Grandland will follow in 2021. But the update does not just consist of a new front for the compact SUV.

“With the new Opel Grandland we are consistently continuing our path: clear and bold in design, consistently efficient and of course electric“says Opel CEO Michael Lohscheller.”With the top technologies and its high-tech interior, the Grandland will delight new customers. In addition to economical petrol and diesel variants, it is also available as a powerful plug-in hybrid. In terms of technology, the new Grandland catches up with our flagship Insignia.“

Not difficult to recognize: the new “Opel Vizor”. This makes the Grandland, after the Mokka and the Crossland, the third model in the Opel group with the new brand face. The Astra will follow soon. At least this is what the first teaser pictures for the vehicle suggest. At the rear, the innovations are limited and differences to the pre-facelift model are rather rare. Okay … the name is now in the middle on the tailgate.

Back to the front: The “Vizor” combines the Opel Blitz, which is the focus, and technologies behind a panel. Adaptive LED headlights with 84 elements per one time are now also used in the Grandland. The manufacturer calls this system “IntelliLux LED Pixel Light”.

In the interior, the Grandland now also makes a mocha. How it works? With the so-called “Pure Panel”, which forms an optical unit from two screens. The driver information display is up to 12 inches in size, depending on the equipment. The central touchscreen, which is up to 10 inches in size, is oriented towards the driver.

In terms of assistance, the Grandland now has a front collision warning system in conjunction with the automatic transmission. The integrated automatic speed assistant keeps the distance to the vehicle ahead beyond the set speed and, in combination with the active lane keeping assistant, the Grandland in the middle of the lane. Braking works down to a standstill. Connectivity features are also on board to the current standard.

It is not yet known to what extent Opel will tweak its drive range. Of course, the buzzwords “plug-in hybrid” and “electrification strategy” are used. The manufacturer also announces that customers can choose “from efficient gasoline and diesel engines”. More details (including the new prices) should be available if Opel wants to open the order books in a few weeks. The first new Grandland will roll out of the factory in Eisenach in late autumn.