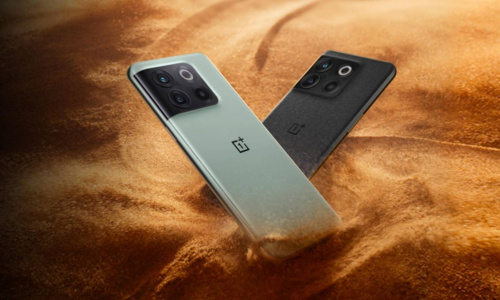 In the run-up to the introduction of the OnePlus 10T, the Chinese smartphone manufacturer has revealed more details. For example, the upcoming device with 16 GB lpddr5 memory and 256 GB ufs 3.1 storage “with up to 30 open apps should be able to multitask effortlessly”. Such a storage capacity has already been available on certain OnePlus phones so far, but the maximum amount of memory has been limited to 12 GB.

In addition to the already confirmed specifications, more features and renders have surfaced again, this time from Pricebaba. For example, there would be a 6.7-inch amoled panel at the front, which combines a full HD + resolution with 10-bit color, HDR10 +, an integrated 16MP selfie camera and a fingerprint reader. In addition, the alleged 4,800mAh battery would support fast charging with a capacity of up to 150 watts.

The OnePlus 10T will be unveiled on Wednesday, August 3, at 4 p.m. European time. In the corridors, a suggested retail price between 650 and 700 euros is mentioned, although this probably refers to the basic version with 8 GB of ram and 128 GB of storage.

See also  Microsoft Surface Pro and Co: The preview of the event