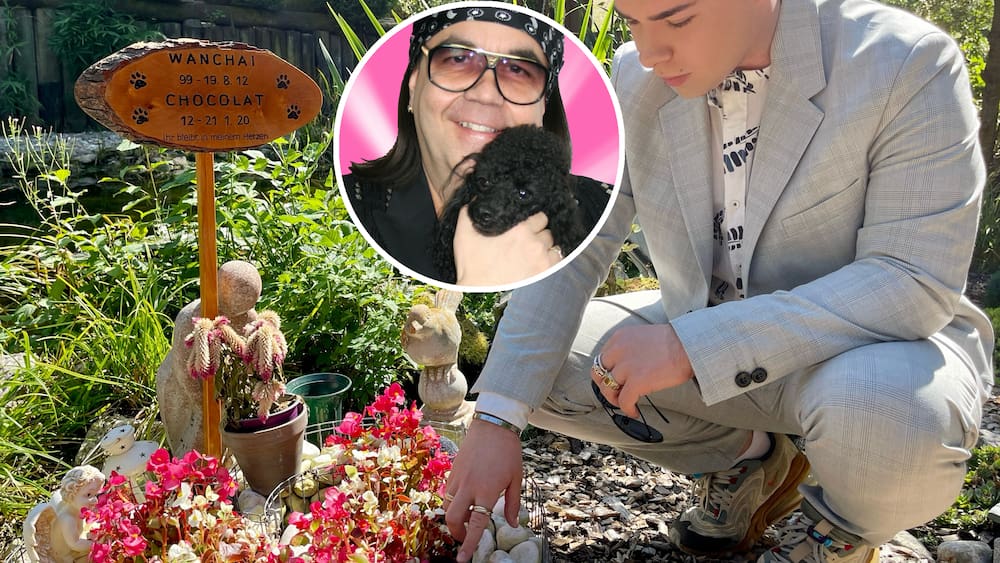 One year after the death of clairvoyant Mike Shiva, his grave is shown

With his colorful headscarves, dark sunglasses and eye-catching clothing, the most famous Swiss clairvoyant Mike Shiva († 56) could not be overlooked. He died a year ago of complications from a brain tumor and colon cancer. He kept the fact that he fought against these diseases for two years a secret from the public.

His best friend and business partner Denis Clyde (27) was in on the act. “I was always with Mike, accompanied him to chemotherapy, helped him with his care, cooked and cleaned. I was happy to do this for my friend, “says Clyde, who adds:” If you do good, life also gives you good back. ” He was raised on the principle that Mike thought the same way.

Shiva never lost his laugh until the end, but his strength dwindled every day. “Mike often talked about his last wish. He definitely wanted a burial. A funeral at which people appear in brightly colored clothes and not weep his death, but celebrate his life. “

But things turned out differently. «Mike’s mother Brigitte has decided to bury him alone and in secret. She kept the location of his grave to herself until recently, ”says Clyde. He can now accept that she wanted to grant her son the one-year death rest, “even if that was not in Mike’s sense,” as he adds. Shiva wanted his fans to say goodbye to him and visit his grave as a place of power.

The clairvoyant lies in the pet cemetery with his dogs

So that this is now possible, Denis Clyde reveals the final secret about the fortune teller. “His ashes are in the grave of his beloved dogs Wanchai and Chocolat, in the animal cemetery on Wisenberg in Basel-Landschaft.” This advertises on the website with the natural grave for humans and animals. The name of Shiva is still missing on the sign, it was deliberately kept that way up to now, but is still to be changed.

“I go to Mike’s grave a lot,” said Clyde. «I prefer to sit on the swing by the pond. So I’ll talk to him, get the advice I need from him. This is how we stay connected in a nice way. Everyone else should now have this option too. “

Rumors that the clairvoyant finds his final resting place with his beloved dogs have been around for a long time. Marlies Mörgeli (64), owner of the pet cemetery, says, never confirmed this at the request of Shiva’s mother, whom she always respected. Today she says: “I understand if his friends and fans want to visit the grave. But ask everyone to do this in a moderate way so that there is no migration. “