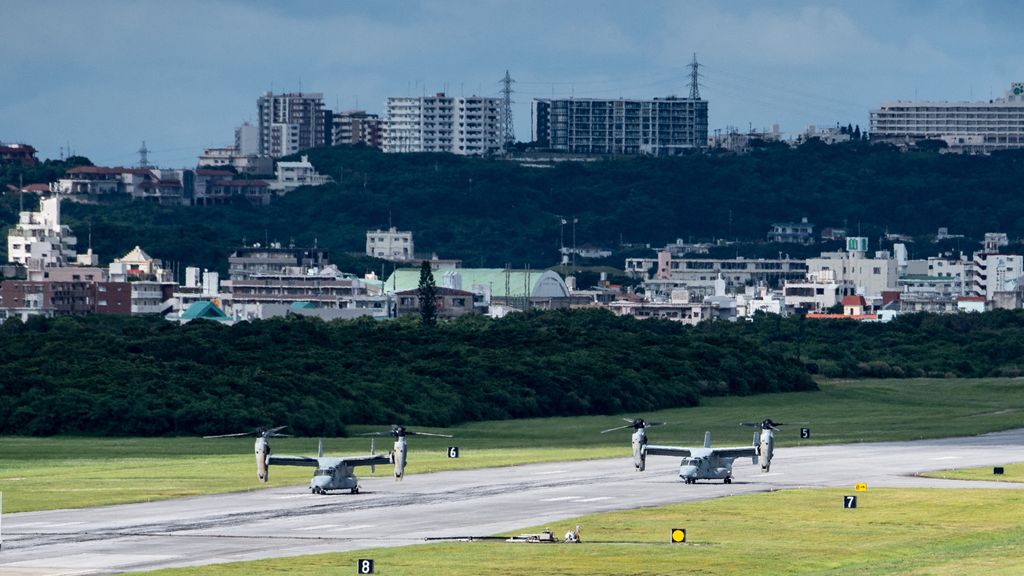 On Okinawa, the fear of war and the dislike of Americans is increasing

“When it comes to war, it turns into a sea of ​​flames here,” says assistant professor Shoko Oshiro, upset. She was born and raised in Okinawa, right next to one of the largest US military bases in the world. The island is full of these kinds of military installations. “Now both the Japanese and American governments are fighting with China. Ultimately, we will be the losers if this continues.”

After the Second World War, Japan was occupied by the Allies, although in reality this mainly meant the Americans. At first, American troops stayed to get rid of the old fascist regime and rebuild the country, but as fears of communism crept in, they began building army bases.

More than half a century later, they are still there. In Okinawa, however, locals are fed up: More than 70 percent of US military bases in Japan are built on the small islands. For this reason, tens of thousands of soldiers are stationed here, and this causes a lot of problems.

“In Okinawa there is no such thing as employee participation, it is the only part of Japan where democracy does not exist,” explains Oshiro. “The Japanese government and the Americans are not listening to the local residents.” For much of postwar history, Okinawa policy was determined primarily by politicians in Washington and Tokyo. For years, the local economy depended on the flow of dollars that the Americans brought with them. In Japan, it was also known as the army base economy.

“This is less the case now,” explains Masaki Tomochi. He is a professor of economics at Okinawa International University. His office overlooks Futenma Air Force Base, and he still hears the helicopters flying by every day. “Right now they account for about 5 percent of our economy.”

This is still a significant percentage, says Tomochi, “but at the moment the Americans are just an obstacle to the further development of our economy.” It doesn’t seem to matter much to the Japanese government: “In Tokyo, they get in our way if we say we don’t want the bases here anymore. They are happy with their presence.”

Politicians in Tokyo see Okinawa primarily as a military strategic location. It is an important transit point to the Pacific Ocean for the Chinese, and in some places is only 100 kilometers from Taiwan. With China becoming more assertive in the south, Russia engaging in military exercises in the north, and North Korea firing missiles over Japan, these types of strategic locations are becoming increasingly important in national defense policy.

“The Americans use Okinawa as a starting point for almost every conflict in which they are or have been involved worldwide,” said local journalist Natsuko Shimabukuro. She overlooks Kadena Air Force Base from an observation tower. Dozens of Osprey helicopters are neatly parked here, in full view of locals. “This is also where the helicopters were sent to Korea in the 1950s and Vietnam in the 1970s. War has been going on here for more than half a century.”

Okinawans have little choice of housing, all the good places have been taken by the Americans.

“More and more houses here are empty. It’s unbearable when a helicopter flies over your house every few minutes,” Shimabakuro said, pointing to the apartments built just a few hundred meters from the base. “But Okinawans have little choice of housing, all the good places have been taken by the Americans.”

See also  Who Was JonBenét Ramsey, The Child Beauty Queen Who Was Murdered At Age 6 And Never Got Justice

The fear of war is also inevitable. “The first place to be attacked is here,” Oshiro said. “Then not only will my university be gone, but my own home will also be destroyed.” More than three-quarters of Japanese now think that China will invade Taiwan, which would also lead Japan into a military conflict.

Not just threat of war

But it is not only the threat of war that arouses fear, the Americans cause one incident after another. “They polluted the groundwater, helicopters crashed in residential areas, you name it,” said Shimabukuro. US soldiers misbehaving are not rare on Okinawa.

There have also been several rape and murder cases against American soldiers in the past. The residents are quite fed up. “It is time for the Americans to leave Okinawa,” Oshiro says firmly. “They’ve been here too long.”