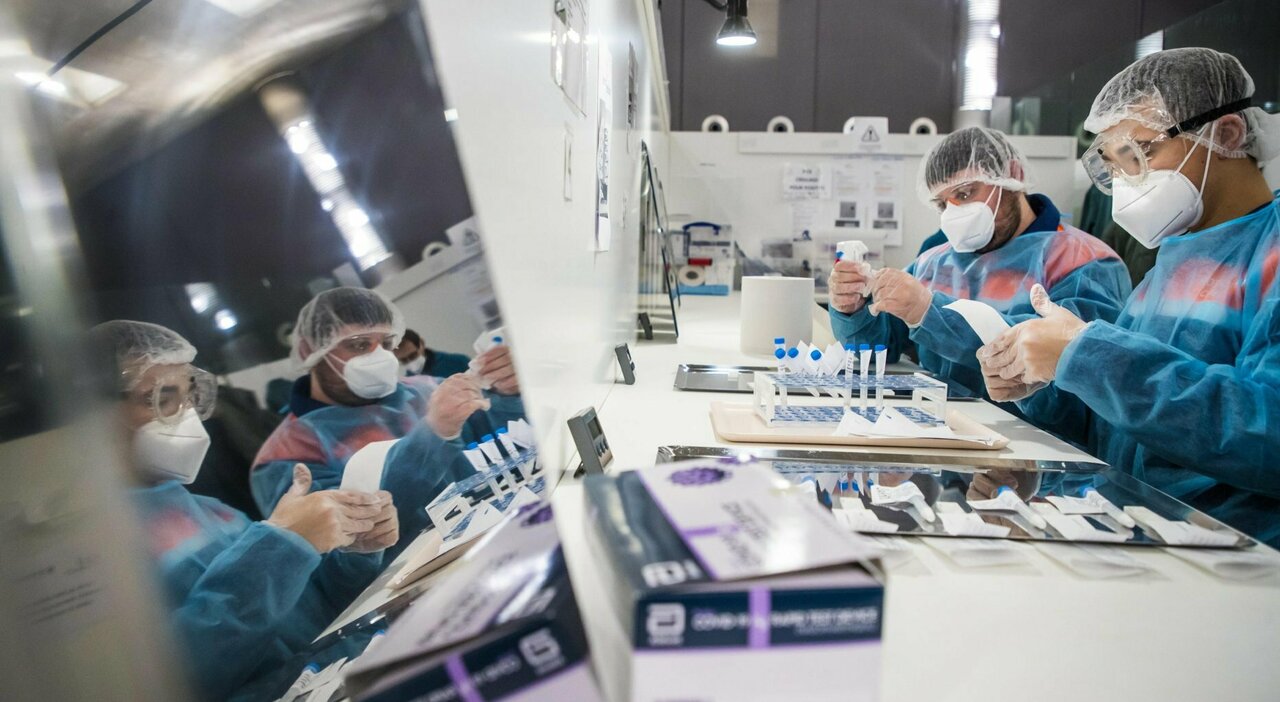 Omicron, that’s why the new variant also infects those who have done the booster but does not cause serious forms

The increase in infections is one of the main themes of this new wave caused by the Omicron variant. And the case of France, which is registering between 200 and 300,000 cases a day, is eloquent. However, over 90% of the adult population has completed the primary vaccination program and soon 30 million French people will have received the booster dose.

More contagious, but less virulent, this mutation in France is now responsible for more than three out of four infections. And it also affects people who have received the booster. “The vaccine reduces the risk of contagion, but not absolutely,” Philippe Amouyel, professor of public health at Lille University Hospital, tells LCI. Analyzes suggest protection against infection with Omicron on the order of only “30 to 40%” after the third dose.

Figures that the Minister of Health, Olivier Véran, considers superior. “The vaccine reduces the risk of infection by 85%, including Omicron,” the former deputy told the National Assembly in recent days during debates on the establishment of the Super green pass. But this variant “is less sensitive to the vaccine than the Delta,” he admitted a week earlier at a press conference.

Several scientists have attempted to measure the effectiveness of the booster dose against symptomatic infection. A study published in December in Denmark showed that while those who received three doses of the vaccine weren’t 100% protected from infection, they were still far more protected than people who didn’t get the booster. “The vaccinated with three doses is three times less likely to be infected with Omicron than those who received two doses,” said Prof. Amouyel LCI.

Since then, the studies have been perfected, such as those carried out in the UK or Denmark. “The effectiveness of the third dose against symptomatic infection varies between 54 and 75%,” explains Thibault Fiolet, epidemiologist at Inserm, to LCI. “According to the latest analysis from Public Health England, the effectiveness of the booster dose decreases shortly after ten weeks,” continues Thibault Fiolet. “Up to four weeks after the third injection, the protection was 65-75%. At ten weeks it dropped to 40-50% ». Whatever the figures, there seems to be a consensus on the effectiveness of the booster on contagion: the third dose of vaccine limits the risk of contracting the virus, but does not exclude it.

Another important point, the third dose still largely protects against the risks of severe forms, including those related to Omicron. “The vaccine reduces the severe forms associated with an infection with this variant by more than 95%,” insists Philippe Amouyel. A statement constantly repeated by the health authorities. “The third dose immediately raises the level of protection well above 90% against the risk of severe forms,” ​​assured Olivier Véran on 27 December. “People at risk remain the unvaccinated, the very frail or those who do not have a complete vaccination program.”

The AP-HP makes public the first data on hospitalizations by variant.

Finally, another data emerges from the hospital wards, made known by Nicolas Berrod, a journalist from Le Parisien. «The Assistance publique – Hôpitaux de Paris, the public consortium of university hospitals in the area of ​​the French capital, has made public the first data on hospitalizations for Omicron variant. Patients are mainly admitted to ordinary wards rather than intensive care. Furthermore, still in the non-serious medical area, only 19% of patients were infected with Delta and 43% of people with Omicron remained in treatment for less than a day. In other words, very short stays are more frequent with Omicron ».