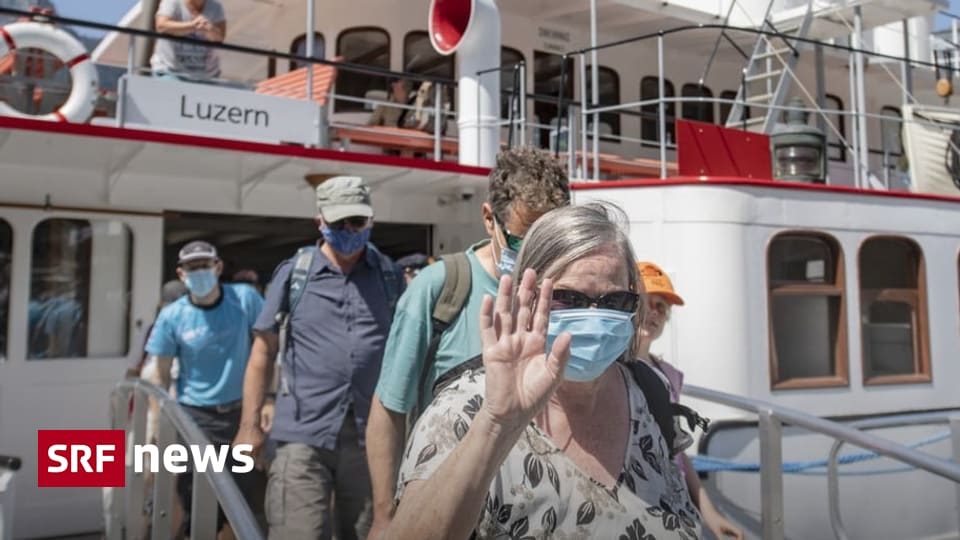 Omicron subvariant BA.5 – This is how the “summer wave” went in other countries – News

The “summer wave” has hit Switzerland: This is reflected not only in the sharp increase in the number of cases, but also in the hospitals: On a 14-day average, more than 40 people with a Covid infection are currently entering a hospital every day across Switzerland – and the trend is continuing rising. 1045 people with Covid-19 are currently being treated in hospitals, after this number was around 300 at the beginning of June. That’s already half as many as at the peak of the waves last winter.

The predominant omicron subvariant BA.5 is probably responsible for the current large number of patients. This variant is even better at bypassing the immunity present in many people than its predecessors. With more than 46,000 cases, 39 percent more corona infections were reported on Tuesday than in the previous week. However, due to measurements in the wastewater, among other things, experts assume that there are up to 8 times as many unreported cases, because significantly fewer tests are carried out than last winter.

The good news: Variant BA.5 usually leads to a rather mild course – also because many are vaccinated and/or have already been infected. 45 patients with Covid infections are currently reported in intensive care units. For comparison: last winter there were more than 325.

How was the BA.5 wave in other countries?

South Africa and Portugal were included in BA.5 earlier than Switzerland. A look at the two countries can therefore give an indication of the further course of the “summer wave” in Switzerland, albeit only to a limited extent from one country to one due to the different number of people who have recovered, vaccination rates, vaccines, age of the population and any corona measures that may be in force else can be derived.

In South Africa the BA.5 wave started in mid-April. The peak was reached after about five weeks. However, the health system was significantly less burdened than with the first omicron wave: The hospital occupancy achieved by Covid-19 patients almost 35 percent of last November’s value. After round two months hospital occupancy and reported infections are back to levels similar to those before the most recent wave.

In Portugal BA.5 began dominating events in May. Here, too, the maximum in hospital occupancy was reached after a good four weeks. the occupancy of the hospitals with Covid-19 patients even rose to slightly over 80 percent the value of the omicron wave. However, occupancy in Portugal never dropped below 40 percent of this value in the spring. The reported infections are after good two months again slightly below the value before the BA.5 wave, the occupancy of the hospitals with Covid patients is also falling again significantly.

If the situation in Switzerland is similar to that in South Africa and Portugal, the number of hospitals and infections in the summer wave here will soon reach their peak. At the moment, both the healthcare system and the companies seem to be able to cope well with the absence of many sick people. For example, the infectiologist Huldrych Günthard told the Tages-Anzeiger that the mostly older Covid patients with previous illnesses are currently putting little strain on everyday hospital life.

How the situation will present itself in autumn and winter remains completely open. The development of the epidemiological situation will depend on how well the prevailing variant can spread and, above all, whether it causes more severe diseases than BA.5.