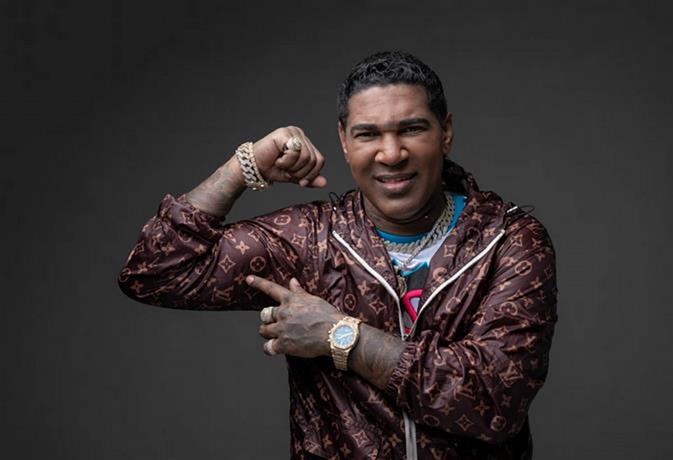 The merenguero Omega denied that he goes out to look for problems and that if he goes out he does it like any Dominican citizen because he does not want to lock himself up like other famous colleagues, because he understands that he is a normal human being.

“The only way to avoid that a vehicle does not touch you and you do not get off, and do not take a picture of the vehicle and do not check if it was damaged a lot is by not going out on the street and I don’t want to stop going out on the street nor be an abnormal human because apart from the artist’s life there is a normal human being who needs to socialize with people, “said Omega.

Antonio Peter de la Rosa, his real name, referred in the program “From Extreme to Extreme” (Digital 15) to a video that circulated a few days ago in which he is perceived in an argument over a rubbing of vehicles.

“I was going down George Washington (avenue), it seems that there was a vehicle in front of me that was going very slow. Someone who was behind me, who was honking a lot, got upset, passed me, blocked me and guided me guagua, and I got ready to look at my vehicle and take a picture of the guy because the guy is leaving, that was all, “he declared.

+ Your message to the public

In this sense, Omega took the opportunity to send a message to people: “We artists are human beings … I am a person with a discipline that people do not understand because in truth I have been cataloged in a way that I am not, I am not in the street fighting. “

Interviewed by Alex Macías, Violeta Ramírez, Jessica Pereira and Moisés Salcé, the merenguero said that he has more than 15 years of career and that he works for the public and is considered among the most humble artists in the Dominican Republic.

“I have an internal struggle not to leave that humility because if I take what the greats like Anthony Santos and Romeo do, which is not that they stop being humble, I’m not saying that, you get into a snail, and you don’t go out, you don’t go to the supermarket; I am a guy who takes my wife and my little boy, I ride him in a car and I get into a supermarket and you see me normal, and you see me in a normal beach, “he said.

It is recalled that in March, Antonio Peter de la Rosa was arrested for starring in an incident on public roads with a public transport driver whom he threatened with a weapon.

On that occasion, the National District Prosecutor’s Office revealed that his arrest occurred for displaying the weapon in a public place.

The Prosecutor’s Office classified the artist’s action “as the illegal display, use and carrying of a firearm, crimes foreseen and sanctioned by articles 66, 67 and 79 of Law 631-16 on Control and Regulation of Weapons, Ammunition and Related Materials” .

They ordered him to comply with 60 hours of social work, an economic guarantee and periodic presentation.