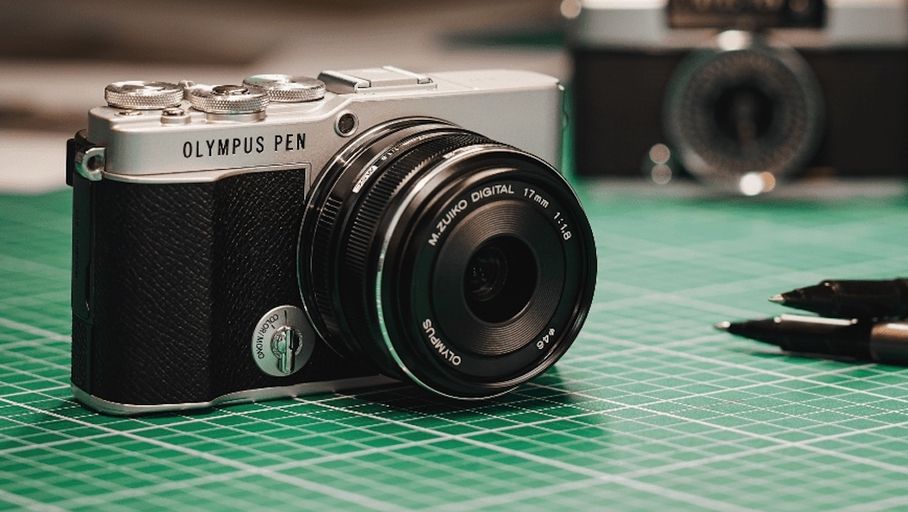 In the absence of offers find out

How the price table works

Remember in the summer of 2020, Olympus announced the sale of its image department to the investment fund Japan Industrial Partners (JIP). The new structure which is now evolving under the name OM Digital Solutions had not yet presented a box since the finalization of the transition, last January. The new Micro 4/3 Pen E-P7 hybrid is therefore the first case of this new era and moreover retains the historic mark.

This new Pen is part of the EP range and retains the identity of the high-end line with a worked design, but always tinged with a silver nostalgia. Compared to the previous model, the Pen E-P5 released in 2013, the evolution seems major. In fact, the changes are all in all quite logical and necessary with regard to more recent hybrids from other manufacturers.

The design therefore changes a lot and will perhaps be one of the main selling points of the E-P7. It has a retractable flash and two control dials. Unfortunately, the screen which was previously tiltable upwards becomes tiltable downwards. It’s still handy for a selfie, but much less so when the Pen E-P7 is used on a tripod or handle, especially in video.

Creative filters at your fingertips

Another feature highlighted by the manufacturer, the integration of a switch on the front panel to switch from standard recording of photos to the use of color or monochrome filters which is reminiscent of the Pen fire. F.

Precisely, Olympus had already made a small reputation with well thought out presets which are often difficult to obtain in postproduction. With the Pen E-P7, a certain latitude is given to the user with the presence of several settings that it will be possible to activate quickly. In this way, colors, saturation, silver or black and white films allow you to adjust the style of your photos to your liking.

Compactness is also a real historical argument for hybrids that were still called compact with interchangeable lens at the time. With the M.Zuiko Digital ED 14-42mm F3.5-5.6 EZ retractable kit zoom, the Pen E-P7 weighs only 430 grams. Another advantage that has become democratized today is the 5-axis stabilization of the sensor.

The latter therefore goes to 20.3 megapixels and strangely resembles the definition available on part of the rest of the range. On the other hand, the TruePic VIII processor, also already seen on the OM-D E-M10 Mark IV, to cite just one example, is renewed once again with the Pen E-P7. The set will also allow recognition of faces and eyes while the more limited contrast detection technology is still used.

However, we don’t yet know if recognition will be available in the fastest burst mode at 15 fps. On the other hand, 4K UHD video up to 30 fps will be there. A slow motion mode is integrated, but only benefits from the 720p definition.

A little loose, we also find an electronic shutter available up to 1/16000 s, the extension of the sensitivity up to 25,600 ISO, the Live Composite mode for lightpainting, the Supersonic Wave Filter technology supposed to reduce dust on the sensor or even Wi-Fi, Bluetooth and an HDMI Type D socket. In addition, charging by USB is planned, but without going through the USB-C format, which is now the standard.

The Olympus Pen E-P7 in bare version will be sold at 799 € while the kit – with the M.Zuiko Digital ED 14-42mm F3.5-5.6 EZ – will be displayed at the retail price of 899 €. A black and silver or white and silver version will be available during the month of June. Finally, a 6-month extension of the guarantee in the event of subscription to the Olympus newsletter is available.