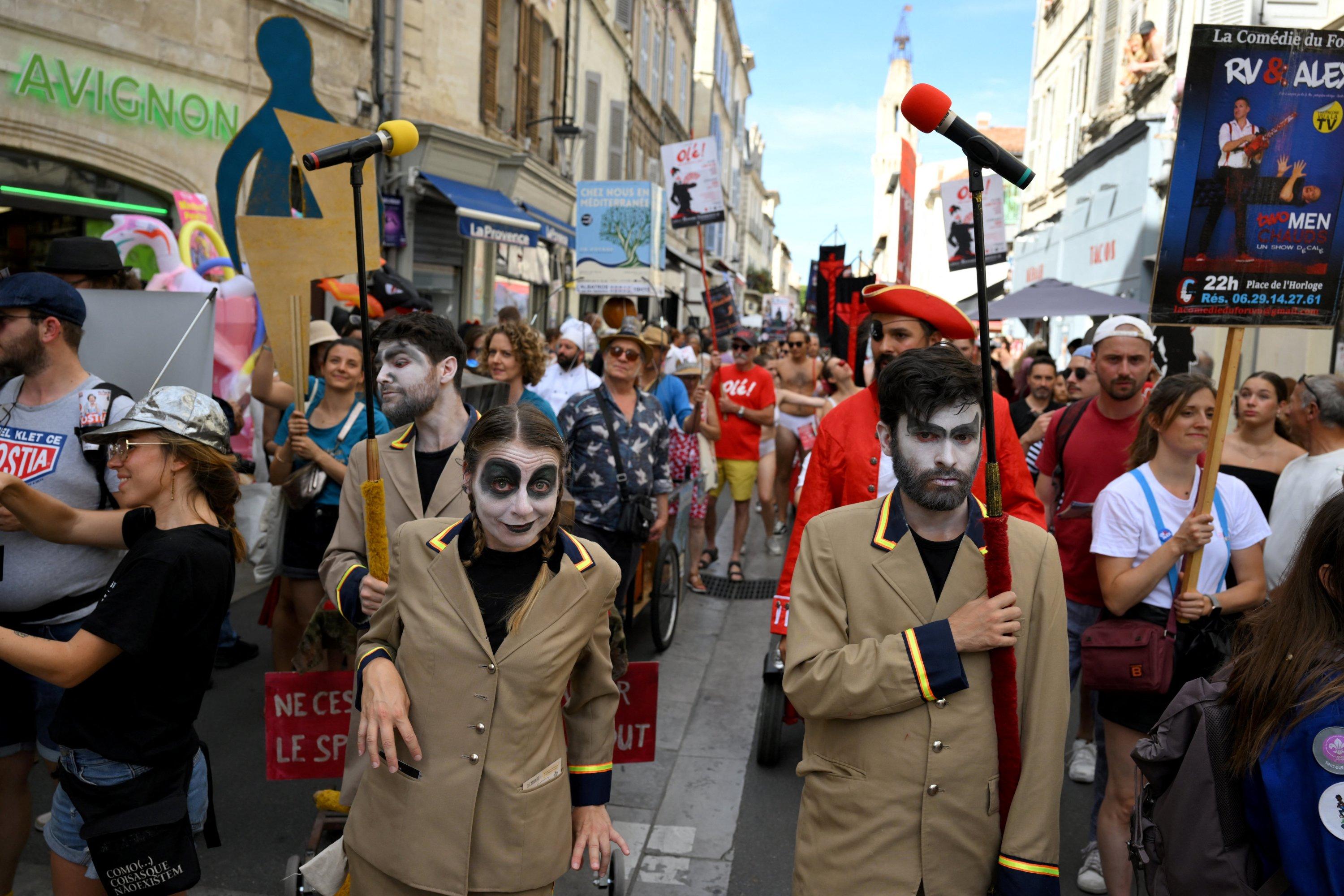 Olympics 2024: the Avignon festival postponed to the end of June due to the Paris Olympics

Due to this new schedule, schoolchildren in the city will be on vacation three times earlier, Culture Minister Rima Abdul Malak announced on Monday.

The Avignon festival, which is traditionally held in July, will exceptionally begin on June 29 in 2024, so as not to overlap with the Paris Olympics, the Minister of Culture announced on Monday. This international live performance meeting will be held from June 29 to July 21, 2024, i.e. “the same number of days as in 2022“, announced Rima Abdul Malak in Provence, specifying that this calendar had been established “in consultation with the mayor, the In and the Off“. As a result, and just for Avignon, the summer school holidays will start three days earlier, she adds.

At the end of October, the Minister of the Interior Gérald Darmanin had aroused misunderstanding in the performing arts sector by evoking the need for cultural or sporting events to be “cancelled or postponed” in the summer of 2024, due to the massive mobilization of law enforcement for the Olympics (July 26 to August 11).

But after a mine clearance operation launched by the Minister of Culture and consultations with the organizers, solutions had been sought for the fifteen festivals concerned, which need security reinforcements. And “for almost all of them, we have already reached adjustments“Assured the minister on Monday.

Death of Jean Bertho, one of the first great comedians on TV

Actor, songwriter, director, the former student of Charles Dullin was Jean Amadou’s accomplice in the show It’s not serious which, from 1974 to 1982, regularly brought together several million viewers.

Four young Africans, living in the Ardennes where this dive into the Great War carried by Omar Sy took place, are subject to an obligation to leave French territory.

What we already know about Avatar 3: after the way of water, James Cameron will tackle the war of fire

The next part of the saga will feature “the people of the ashes”, confided the director.