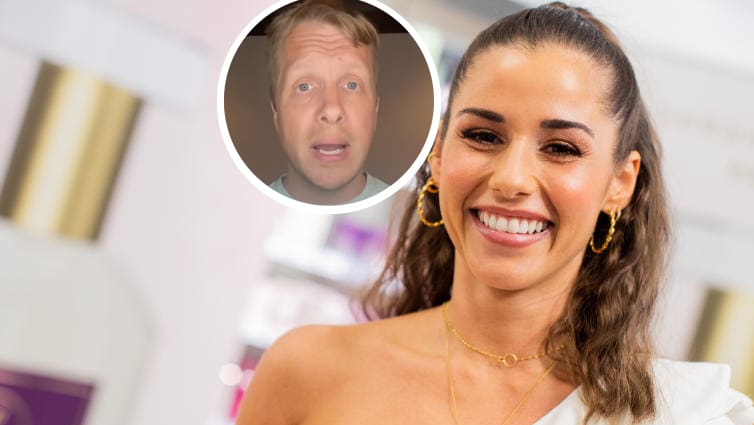 While the fans of Sarah Engels (28, formerly Lombardi) celebrate their wedding and pregnancy announcements as romantic, they are pure marketing for Oliver Pocher (43). The comedian announced this in his latest episode of his Internet format «Screen Control».

“Sarah got married and posted a video that I thought at first that Til Schweiger and Matthias Schweighöfer had directed,” Pocher jokes. «So romantic, so beautiful colors and such great sunsets! And she is pregnant again – congratulations at this point. ” Pocher even wants to know that there will be a daughter – although Sarah and her husband Julian Engels (28, formerly: Büscher) still want to keep the sex to themselves.

Swipe against a music career

The TV star has a tip for the mother-to-be: “Please, Sarah, market a little less. A little privacy for the children! ” But that’s not all: Pocher, who is a close friend of her ex-husband Pietro Lombardi, even taunts Engels’ music career: “I know it clicks. The music doesn’t really interest that many people, but this whole family shit works just fine. But you don’t have to. ”

Nasty words – which Engels does not want to sit on. The musician defends herself on her own Instagram profile. “How much envy and resentment can a person actually be shaped by?” Asks the ex “DSDS” second of her followers. “I ask myself – on the one hand we want to stop hatred and bullying, show initiative against discrimination and appeal how important it is to take a stand and to take an active position against cyberbullying. But why the hell do you give such people the space and freedom for all that we have been fighting against for years? “

“I didn’t know that you were also a gynecologist”

That Pocher wants to know what gender Sarah Engels’ baby has, she also acknowledges with a saying: “I didn’t know that you were also a gynecologist at the same time, Oliver Pocher.” In addition, the mother of little Alessio (5) posted a video in which Pocher admits that he bullied his classmates when he was at school.

But the comedian just seems to have been waiting for such an answer. Because Pocher continues to make fun of Engels on Instagram. “You are a great mother because you post so much of it,” writes the father of three sarcastically. “You’re right, anyone who questions this is a bully and should be locked up. I’m just jealous of your success. ” (klm)