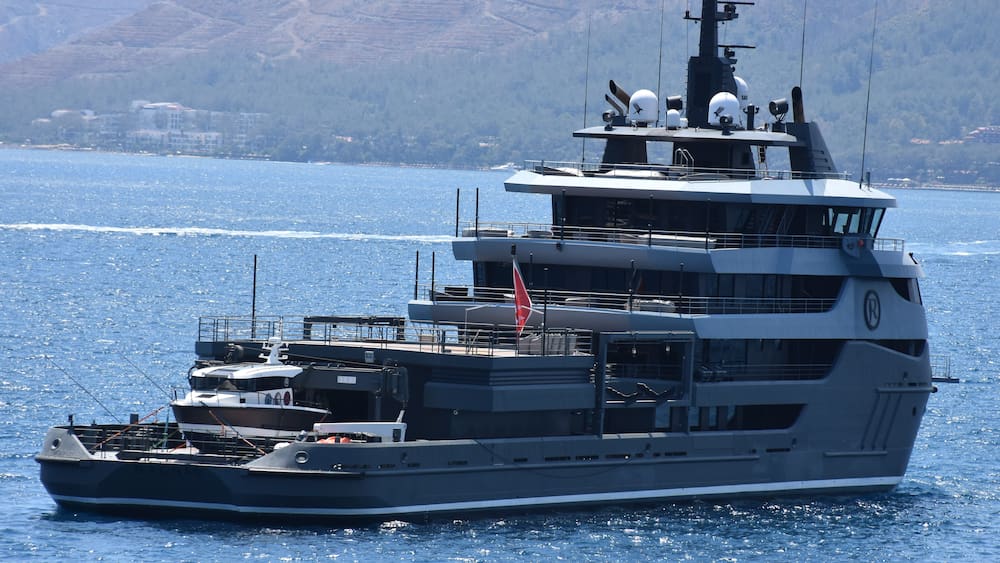 The superyachts of the Russian oligarchs have been an issue at least since the war of aggression. At the end of February, in a cloak and dagger operation, they drove their magnificent ships out of Western European ports to avoid sanctions. However, the yachts should not only be used for luxurious holidays, but also have a completely different and secret task.

A debate has flared up in Norway about the danger posed by superyachts owned by Russian oligarchs. the «NZZ» reported on Tuesday. The ships are to be used for espionage and sabotage purposes. Each time, entering and exiting the fjord, the yachts would pass through the Nyhamna natural gas processing plant and associated pipelines, which connect Norway across the North Sea to the UK natural gas terminal Easington.

That gives room for speculation. Ivar Strömmen of the Norwegian Naval Academy in Bergen told Norwegian broadcaster NRK that the Kremlin may be interested in obstructing the pipelines. If Moscow cuts off natural gas for the Europeans, substitute supplier Norway would not be able to step into the breach.

Strömmen describes the oligarch yachts as Russia’s “new submarines”. The expensive ships are equipped with complex helipads, satellite systems, scuba and speedboats. Without attracting much attention, you can use them to educate. Norway was very naive here for a long time, Strömmen said.

The “NZZ” mentions the superyacht Ragnar, which is actually suitable for inconspicuous reconnaissance. Owner: Vladimir Strschalkowski (76), Putin’s confidant (69) and, like his friend, a former KGB officer. According to a relevant websitewhich the newspaper quotes, the ship’s equipment includes a helipad, mini-submarine, speedboats and an amphibious vehicle.

In mid-February, the Ragnar was docked in the port of the northern Norwegian city of Narvik. “Was it a coincidence that she arrived there two weeks before the start of the major Norwegian NATO maneuver “Cold Response 2022″ and was supposed to stay until mid-March?” asks the “NZZ”.

Speculations in Norway about possible hybrid Russian espionage with oligarch yachts are fueled by two mysterious events in recent months. In November, the ocean observatory in the Lofoten-Vesteralen region failed. Several kilometers of power and data cables leading to the facility were gone. As a result, sensors failed, which, according to “NZZ”, can also register the passage of submarines. And it is precisely this region that Russian warships often pass by.

The suspicion of sabotage could not be conclusively substantiated. The same with the second incident: In January, the operator of the deep-sea data cable between Norway and the Spitsbergen archipelago reported that one of two lines had been damaged. There’s an investigation going on here – no results yet.

The Ragnar has now left Norway and is in Turkey. It remains unclear whether she was on a spy mission on the North Sea before the Ukraine war. In Norway, the discussion about Putin’s alleged submarines, disguised as super yachts, has been launched. (no)