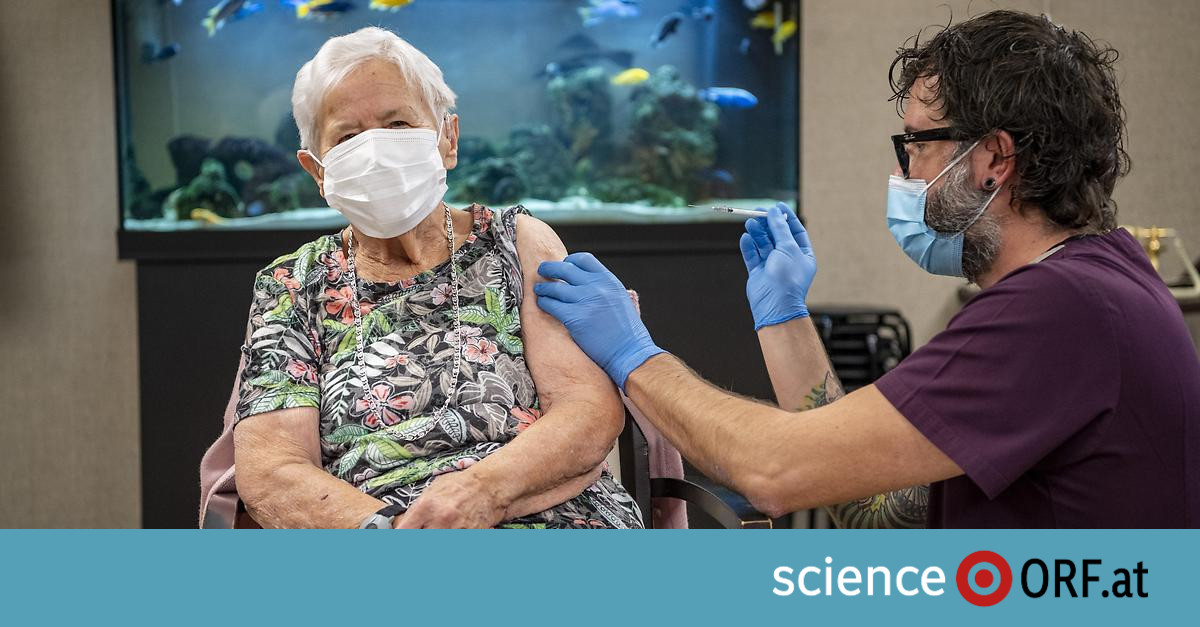 It is therefore particularly important that nursing staff and visitors are immunized, as the Berlin Charité announced on Wednesday. In addition, hygiene measures and tests remained important. In the medium term, a further booster vaccination for older people is an option in order to improve their vaccination protection.

For an investigation, researchers worked on an outbreak in a Berlin care facility from February. In addition to eleven nurses without complete vaccination protection, around 20 residents were infected with Sars-CoV-2 in the Alpha variant (B 1.1.7). All but four of them were fully vaccinated with the Biontech / Pfizer vaccine. The four unvaccinated became so seriously ill that they had to be treated in a hospital. Only around a third of those vaccinated had symptoms such as coughing or shortness of breath. According to the Charité, two vaccinated residents died, but probably not causally of Covid-19.

“On the one hand, we can see from this outbreak that the vaccination has protected the residents of the nursing home as a whole, because the course of the disease was much milder,” says Victor Corman, deputy head of the consulting laboratory for coronaviruses at the Institute of Virology. “At the same time, the increased number of infections makes it clear that the high effectiveness of the vaccination in old people is sometimes not fully effective.”

In the second study, the research team compared the immune response to the Biontech / Pfizer vaccine in patients over 70 years of age at a family doctor’s practice with that of Charité employees, who were on average 34 years old. Blood analyzes showed that just three weeks after the first dose, around 87 percent of the younger ones had developed antibodies against Sars-CoV-2. Among the older it was only around 31 percent.

One month after the second dose, almost all young people vaccinated (99 percent) had specific antibodies in their blood. Among the elderly, it was around 91 percent. In addition, the antibodies matured more slowly in the elderly, so they were less able to bind the virus. The second important arm of the immune response, the T-cell response, was also weaker.

READ  Are eggs the main culprit when it comes to high cholesterol?

“Our study shows that the immune response in older people is significantly delayed after vaccination and does not reach the level of young vaccinees,” summarizes Leif Erik Sander, vaccine researcher from the Medical Clinic with a focus on infectious diseases and pulmonology.