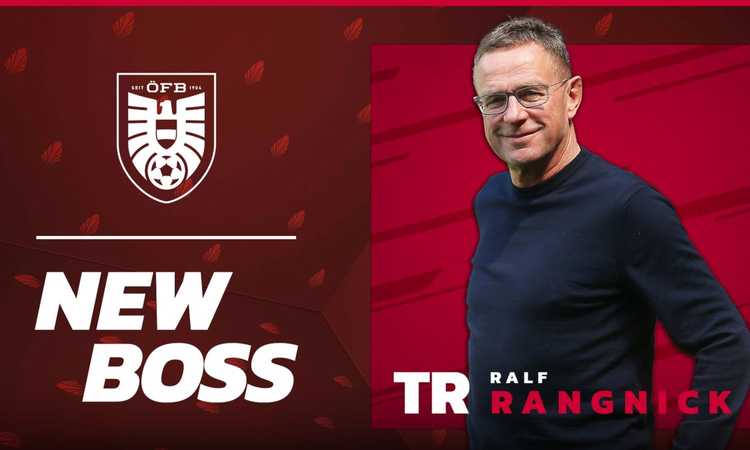 OFFICIAL: Rangnick is the new coach of Austria, he will remain a consultant for Man United | Market

Ralf Rangnick is the new coach of Austria. After the rumors of the last few days, the official confirmation arrives, the technician will leave the bench of the Manchester United at the end of the season (will take over Erik ten Hag) and signs a two-year contract with the Austrian federation. In case of qualification for Euro 2024 in Germany, the contract will automatically be extended for a further two years until the 2026 World Cup in the United States.

“We are very pleased to have managed to win Ralf Rangnick, an outstanding international football expert, as team leader. We are all convinced that he is the ideal man and that his vision will advance the national team and the ÖFB,” says the president of the ÖFB Gerhard Milletich.

“After a very well founded and intense process, we were able to win Ralf Rangnick, an absolute leading man with a great international reputation as a team leader. This makes me very proud and I look forward to working together”, says the sports director Peter Schoettel“.

“It is an honor for me to take on the role of team leader. I am particularly excited about the prospect of participating in the European Championships in Germany with a young team hungry for success,” he commented. Ralph Rangnick.

Ralf has been appointed as manager of Austria from the end of 2021/22, but will remain at United in a consultancy role.#MUFC