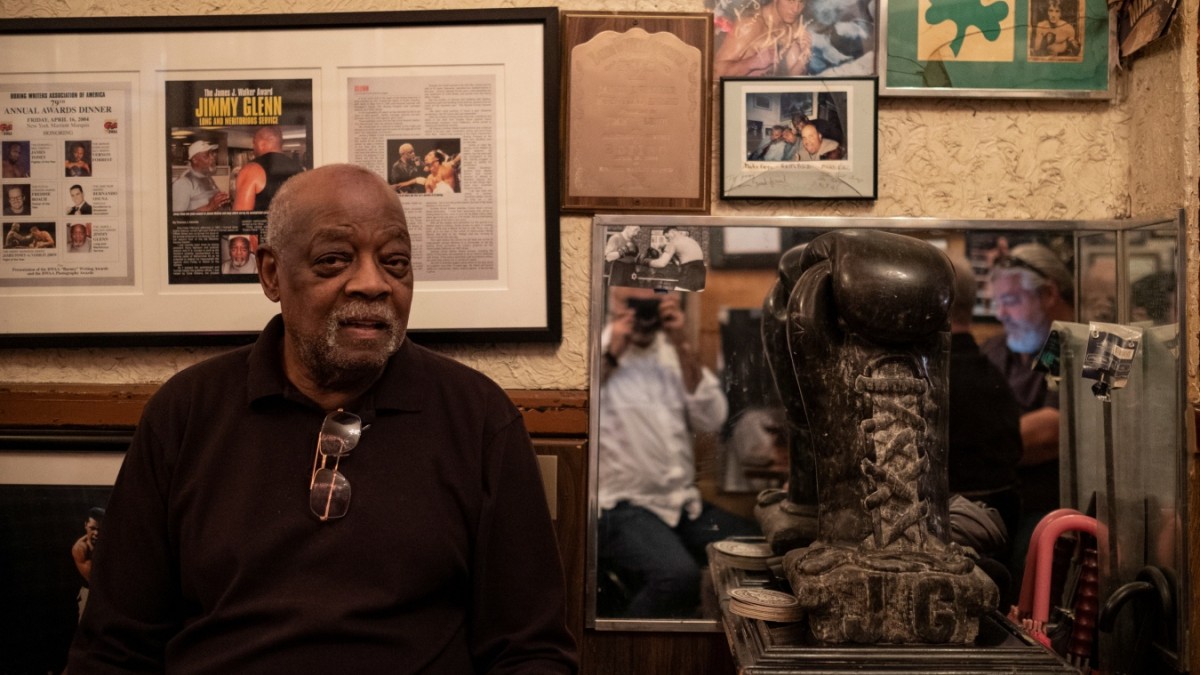 Cutman, trainer and pub innkeeper in a hell hole – Jimmy Glenn was a New York institution. Now he died at the age of 89

When Jimmy Glenn, usually around ten o’clock in the evening, entered his bar called “Jimmy’s Corner” on 44th Street near Times Square, the crowd that usually stood in three rows at the counter at that time was divided. More than 80 years old, leaning on a stick and yet lofty, Glenn walked through the shop. He shook hands, let himself be patiently photographed, and finally sat down at a table in the back of the bar and looked at the crowd with satisfaction. It was as if the godfather was there, though: the good godfather.

Jimmy Glenn was a New York institution. He comes from North Carolina and came to town in 1944. At first he tried himself as an amateur boxer. “I knew how to box, but I didn’t have a particularly hard punch,” he said once. One of his two defeats as an amateur caused him Floyd Patterson, who later became world heavyweight champion. Glenn lost a tooth in the fight. “I lost the fight,” he said to the New York Post, “but I kept going to the end.”

He then became a coach and cutman, one of those men who hurriedly patch the wounds on the faces of the boxers during the fight. Glenn has trained hundreds of children in Harlem over the years and has worked with many well-known boxers, including Patterson, Terrence Alli, Ralph Correa, Jameel McCline and John Meekins. He opened the Times Square Boxing Gym in the 1970s, and he trained there whenever Muhammad Ali was in town. Promoter Lou DiBella calls Glenn “an icon and legend” of boxing.

In 1971 he opened Jimmy’s Corner on 44th Street. The area around Times Square wasn’t the Disneyland it is now, but rather a hell of a hole where drugs were sold more or less openly, where pimps and prostitutes argued loudly on the street and where you could always find them at night had to expect to be attacked. This old New York is gladly transfigured today. People remember the raw energy rather than the fact that the area was abundantly dystopian and, above all, dangerous.

Times Square is now a ridiculous ensemble of tourist shops and flashing lights, but in the middle of it is still, almost unchanged, Jimmy’s Corner. There’s nothing to eat in the store, and a beer costs three dollars. The jukebox has soul, funk and R&B. Point. Glenn’s son Adam told a television interview that there wasn’t a single song on the jukebox that his father didn’t like. That is the rule: Jimmy must like the songs, otherwise they will not be played in the bar.

But above all, Jimmy’s Corner is a boxing shrine. Countless photos show the greats of the sport, often with Glenn, posters announce battles from the past, there is a bell from Madison Square Garden and of course gloves on the wall. A picture of Robert De Niro, who plays boxer Jake La Motta in the film “Like a wild bull” hangs near the cash register – some scenes were shot in Jimmy’s Corner. De Niro is one of the prominent guests who stopped by every now and then. Frank Sinatra was there once, as were Sammy Davis Jr. and Michael Jordan. Glenn says that De Niro liked to sit in a corner and read a book.

Adam Glenn has been running the business for several years. He graduated from Harvard Law School and worked as a lawyer for a while, but then decided that it was more important to keep his father’s bar alive. With this bar, Jimmy Glenn made a monument during his lifetime. He had been fighting for his life in the hospital since mid-April. On Thursday, he died at the age of 89 in New York City as a result of Covid-19.