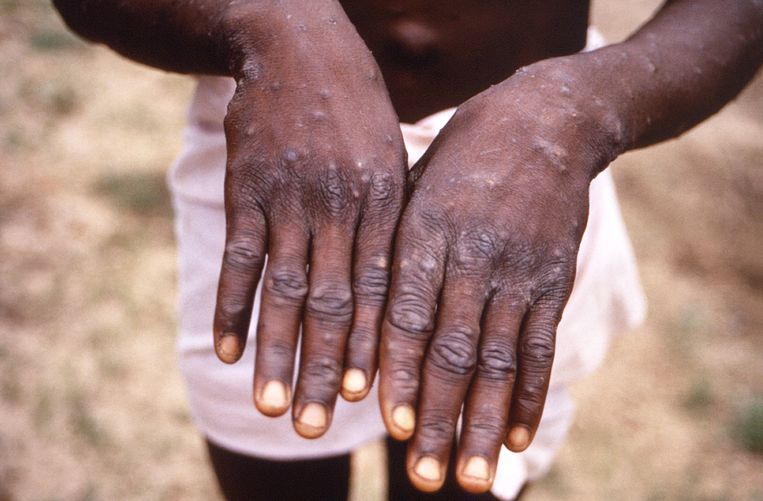 For years, monkey pox has mainly appeared in Central and West Africa, where the virus spreads from rodents to humans. Already in 2019, an international group of researchers noted that the virus had started to circulate here, and warned that it could spread around the world. That has already happened.

Ten days ago, on May 20, the first case was diagnosed in the Netherlands. Last Wednesday there were 12 cases, now the total is 26. ‘It is striking that for the majority of these people no link with the areas in Africa could be found. This means that the virus has been able to spread in Europe,” according to the RIVM.

This is remarkable because, as far as is known, the virus is fairly difficult to transfer from person to person. This usually occurs through close contact, through bodily fluids and ruptured blisters, or through touched objects, clothing or bedding. Moreover, patients are especially contagious if they suffer from the characteristic bumps, which are quite noticeable. It was therefore long assumed that the virus would die out once it entered areas without the African rodents in which it normally roams.

Some of the Dutch infections can be traced back to an outbreak at the Belgian fetish event Darklands. It only concerns men, the majority of whom have had varying sexual contacts with other men. Anyone can get monkey pox, the RIVM emphasizes.

See also  Concern for the health of Luis Brandoni: he was hospitalized urgently in Mar del Plata

Those who contract the virus often develop fever, muscle aches and fatigue. Then bumps appear on the skin, which turn into blisters. These are often located around the anus and the pubic area, but they also occur on the rest of the body, face and in the mouth.

The patient is no longer contagious until all the blisters have dried out and the scabs have fallen off, a process that can take two to four weeks, according to RIVM. Anyone who tests positive must therefore be in isolation until the complaints have passed. The GGD examines per situation whether close contacts, such as family members and sex partners, should be quarantined as a precaution.

The fact that the monkeypox virus can spread is partly due to the fact that the Dutch vaccination program against ‘normal’ smallpox was discontinued in the 1970s. This, by the way, much worse disease had been eradicated by then. Anyone born before 1974, and therefore received the vaccine, still enjoys protection against the monkeypox virus. Who is born after that is not.

Experts expect the monkeypox outbreak to be in no way comparable to the corona pandemic. However, there are fears among experts that monkeypox could become endemic in Europe, meaning that it will remain permanently present in the population. An additional concern is that the virus may find its way to European rodents, creating a permanent virus reservoir from which it can regularly jump to humans.