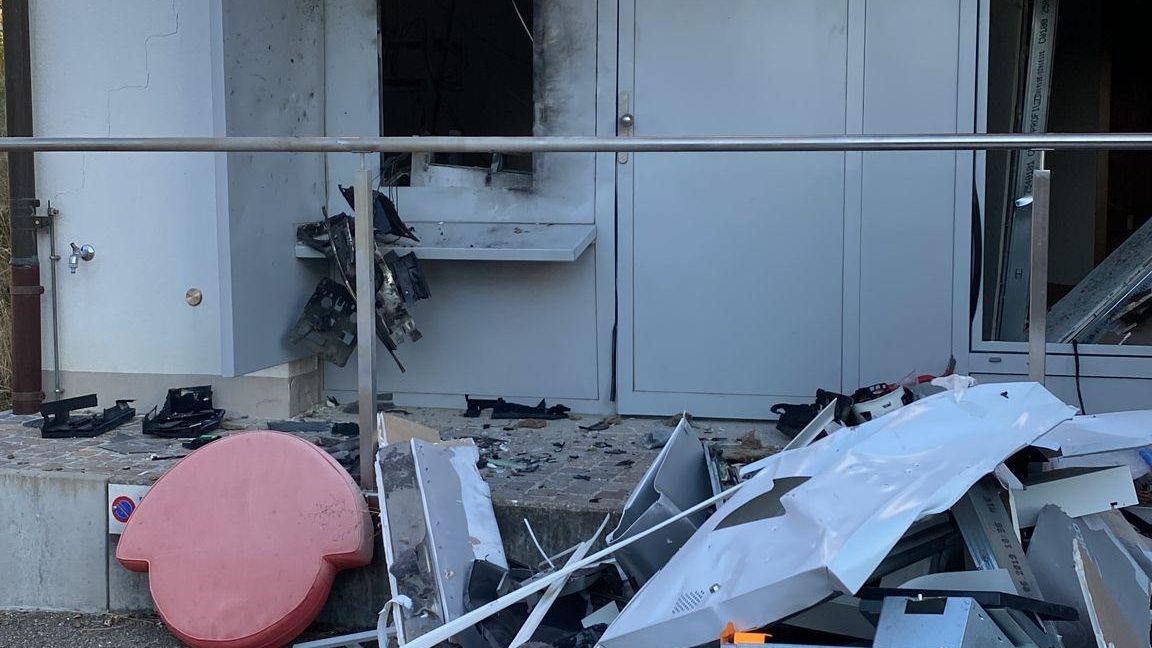 Nuglar SO: ATM blown up – residential building had to be evacuated

Nuglar SO: ATM blown up – residential building had to be evacuated

An ATM was blown up in Nuglar on Thursday evening. The affected residential building had to be temporarily evacuated, the perpetrators were able to escape.

The explosion woke up the neighborhood. An ATM was blown up in Nuglar in the canton of Solothurn on Thursday night. The cantonal police in Solothurn received the corresponding report around 02:15. The police moved out immediately, but the perpetrators were already over the mountains. They apparently escaped on a motorcycle. The residents of the affected property on Hofackerstrasse had to temporarily leave the building to be on the safe side.

The police did not provide any information about the extent of the crime. The cantonal police are investigating together with the Zurich Forensic Institute, the Federal Police Office (fedpol) and the Office of the Attorney General, which is responsible for explosives offences.

The incident is part of a series of ATM blasts, and it only went off on Wednesday evening in Büttikon in Aargau. The Schwarzbubenland and the Baselbieter Leimental were also affected. It wasn’t until the end of July that Kleinlützel stopped trying. But also already in As, Oberwill and Allschwil ATMs were blown up. It is suspected that the perpetrators come from abroad and therefore prefer to choose targets close to the border.

Only so far An ATM blaster convicted. Last December, the Federal Criminal Court sentenced a Romanian to 74 months in prison and expelled him from the country. The man and an accomplice blew up an ATM in Sevelen SG. The two caught 126,000 francs.

With the 20-minute Basel-Push, you get the news and stories that move north-west Switzerland delivered to your mobile phone at lightning speed.

And here’s how it works: In the 20-minute app, tap “Cockpit” in the lower right corner. There on “Notifications” and then “Next”. Then mark «Basel» for the regions, tap again «Next» and then «Confirm». Voila!

See also  Response from the Ministry of National Education to the allegations about the school in Izmir: None of them is true!